One of the most recognized and beloved brands on the planet, and certainly one that generates intense interest among utility vehicle lovers, Jeep barely has to sneeze and people pay attention.

This year, to mark the 52nd edition of the Moab Easter Jeep Safari that gets underway on March 24, the company has outdone itself. It is unveiling no fewer than seven concepts of modified vehicles that will be ogled and talked about by the thousands of Jeep owners and lovers who descend on the Utah desert for the event.

1) Wagoneer Roadtrip Concept
A true one-off, this Wagoneer was found on the internet and restored for the occasion, with a few modernizing tweaks along the way for good measure. One of those is the addition of a HEMI engine and some current suspension components. Jeep’s main inspiration for the project was to visualize a mid-60s road trip through Yellowstone Park. No doubt, this is our fave…

2) Sandstorm Concept
A design study that renders homage to the vehicles that run the Baja race. This Jeep Wrangler is fitted with all-terrain tires and runs on a 392 cubic-inch V8 wedded to a manual 6-speed gearbox, because why not. On board, four bucket seats. 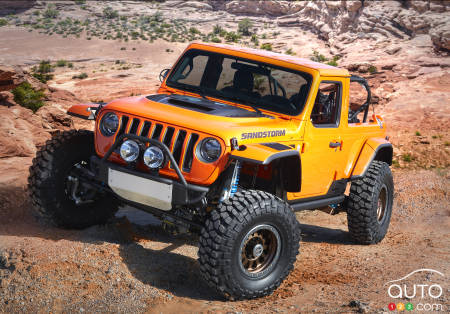 3) Renegade B-Ute
A military look was given to this Renegade that gains 1.5 inches of ground clearance. Its suspension components allows for better off-road performance. Jeep is using this vehicle to demonstrate that the Trailhawk version of its Renegade can serve a higher purpose than just getting from A to B. 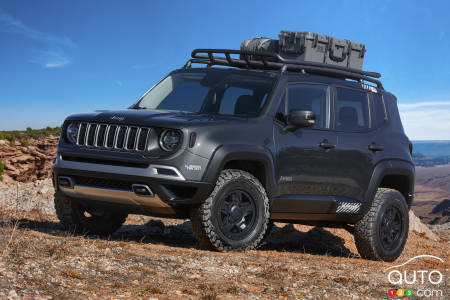 4) J-Wagon Concept
Based on the Sahara version, this Wrangler is an overt homage to Mercedes-Benz’ G-Wagon. An interesting juxtaposition… 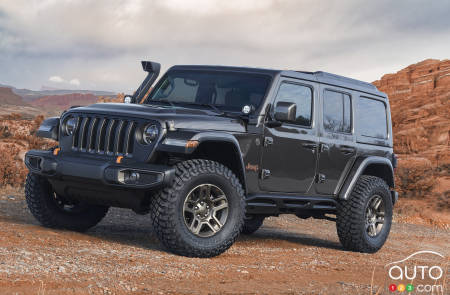 5) Nacho Jeep
The most extraordinary thing about this concept is that it was built in very large part using Mopar after-market parts than anyone can buy. In all, some $14,000 in supplementary parts went into making this vehicle. Start saving your pennies…

6) 4Speed Concept
The strategy of reducing weight to improve agility is not by any means. Jeep has done it before, first with the Pork Chop concept in 2011, then with the Stitch in 2013. In reality there are two clear paths to making a vehicle quicker: stick a bigger engine in, or put it on a diet. For this concept, an astounding 905 lbs were shed. Some of what got thrown overboard? Two of the seats. 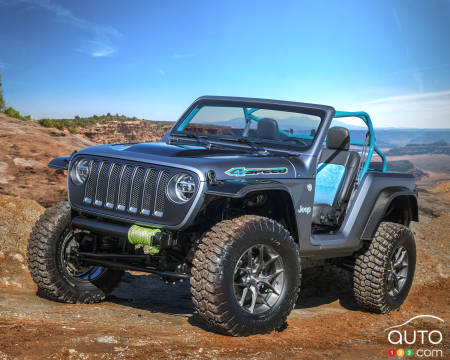 7) Jeepster Concept
The Jeepster is a tribute to the T-Rex that Jeep presented a few years back. This version includes all the elements that make Jeeps such efficient – and irresistible – 4x4s. 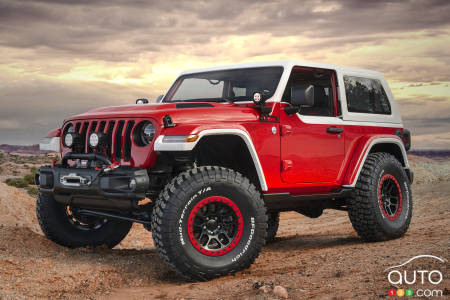 Jeep Renegade Will be Produced as a Plug-In Hybrid

The Renegade will follow the Wrangler out of the gate as Jeep models equipped with a plug-in hybrid powertrain, likely as soon as 2020. There’s no real indic...