Lincoln has been gradually replacing the MK system of naming models in its portfolio in favour of actual names, more easily identifiable in the minds of consumers (not to mention writers tasked with reporting on all things automotive!).

The next model to change its nomenclature and forsake the letters so identified with the brand? The MKC. According to Automotive News website, the SUV will be rechristened the Corsair when it gets renewed in 2020. The decision has apparently been made, but could be still subject to change if the Lincoln brain-trust so decides.

The Corsair designation ties in with the brand’s affinity with travel-themed names. Recent names affixed to Lincoln vehicles include the Navigator and the Aviator, and this new one, in addition to once being used to designate a certain type of pirate ship, has also been used on a World War II fighter plane.

That’s not all: the name appearing on the back of a vehicle may ring a bell to some as well. In fact there once was a Ford Corsair, sold in England between the years 1963 and 1970. 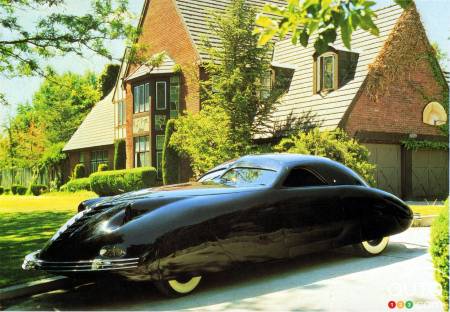 Automotive News reports that Ford/Lincoln presented to its dealerships the details on a number of other models, among them the next generations of the Ford Escape and the Ford Explorer. The Mach 1 electric SUV as well as a Lincoln Continental fitted with suicide doors were also revealed. Of the models cited, only one was a car; not entirely a surprise given that Ford recently announced it was axing most of the car models from its North American portfolio.

While we await the Corsair, the 2019 edition of the MKC will get a refreshed front grille that imitates the style of the one found on the new Navigator. The lines of its hood will also be softened, and will be fronted by new LED lights. In terms of tech, WiFi connectivity will be included, as well as compatibility with Apple CarPlay and Android Auto. Expect to see quantity of USB ports as well. Under the hood, though, the 2019 will be unchanged from the 2018 model.