Plug-in hybrid vehicles offer motorists the best of both worlds: all-electric range to drive cleanly most of the time, and the assurance, courtesy the combustion engine present under the hood, that a dead battery won’t leave them stranded by the side of the road on longer trips,

The catch up to now has been that the range delivered by these vehicles remains very short. The best available on the market right now is the 80-range offered by the Chevrolet Volt; in most cases, all-electric range hovers between 30 km and 40 km.

This isn’t bad (according to Statistics Canada, the typical daily driving distance for Canadians is around 23 km), but with electrification expanding rapidly, it’s no longer enough.

And the manufacturers are responding to the challenge. A good example is the next-generation Mercedes-Benz GLE. This week Ola Källenius, head of sales for the Daimler group, stated that tis popular SUV will surpass the century mark and offer a 100-km electric range.

The current model’s plug-in hybrid version, available (in some markets) since 2016, delivers a battery range of just 20 km or so, so the increase is significant. 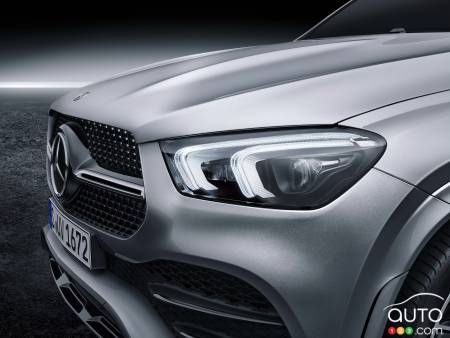 The new GLE is expected at Mercedes-Benz dealerships in spring 2019 as a 2020 model. The plug-in hybrid model should hit the market in the second-half of 2019. Its debut will also signal the start of an offensive by the German luxury automaker that will see it bring to market plug-in hybrid versions of nearly all of its models.

The plug-in GLE will use the manufacturer’s third-generation hybrid system, already in service in the S Class in Europe. That model currently offers a battery range of around 50 km.

Mercedes-Benz won’t be alone in proposing increased-range plug-in hybrids. The soon-to-debut Polestar 1 from Volvo will have a range of about 150 km on all-electric power, and BMW has said that it intends to launch a plug-in hybrid with a 100+-km range by 2020.