Like its twin the Subaru BRZ, the Toyota 86 was an immediate success when it debuted under the Scion banner as the FR-S. Much positive ink was spilled regarding its styling, its road handling and the driving experience it delivered. The only false note that cropped up regarded its power; as in, it could have used more of it. Sure, the 1.8L 4-cylinder did offer up 200 hp and some wonderful sensations, but it still felt like the FR-S/86 could do with more power capabilities.

Requests to fit the car with a more responsive engine, ideally a turbocharged one, were persistent, even grew more strident. Rumours regarding the reasons for Toyota’s refusal to go down that road grew in number and stridency.

At this week's 2018 Geneva International Motor Show, a member of the Toyota brain-trust finally addressed the question. Tetsuya Tada, chief engineer for the 86, spoke with CarAdvice and explained why the current generation of the model would not, could not, be fitted with a turbo engine.

He started by acknowledging the interest shown for the model, saying he received “literally millions of questions from around the world” regarding the development of a more muscular, turbo-powered 86. He then elaborated on why the company has chosen not to go down that road.

"I believe that often times I answered that there won't be a turbo version, and there were some articles in the media that Mr Tada doesn't like a turbo. That's not really true. I do like turbos, however if we come up with a turbo version of the 86 and boost up the power that would result in the necessity of changing the basic configuration completely, to come up with a car that I would be satisfied with."

In fact, the problem resides in the delicate weight equilibrium of the 86 design. Adding a turbo engine would necessitate reducing the weight of the front end.  Mr. Tada explained, "One characteristic of the 86 is that in terms of the front balance it’s slightly front-loaded so it makes the handling more fast and agile. So if we were to come up with a turbo version, we would have to go change the weight balance between the front and the rear."

And this is why Toyota won’t alter the powertrain of its 86. At least, the automaker is demonstrating it is aware of consumers’ wishes; perhaps this will translate into improvements in the next generation?

We’ll be keeping an eye on developments! 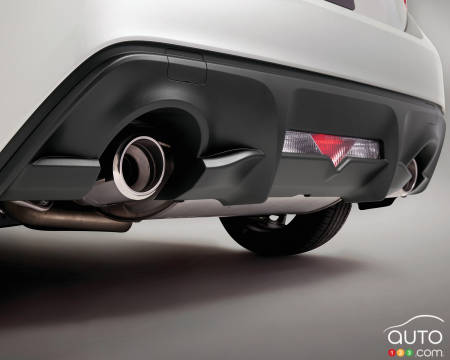 Toyota 86 will be offered with a TRD performance package in 2019. This model will add performance enhancing features, but will not change it's power. For tha...

Power boost for the next Toyota 86

According to a report in The Japan Times, the next-generation Toyota 86 and Subaru BRZ will see their 2L 4-cylinder engines grow to 2.4 litres for a boost in...