Toyota’s biggest market worldwide remains the North American continent, but stalled growth in sales are leading it to take a long, hard look at some of the models it currently offers here. Namely, its lineup of convertibles and coupes are under scrutiny, and some may be tossed overboard.

Toyota is actually having a strong year in North America, with profits on the rise, as the company itself reported this week. But at the same time, actual sales have stopped growing, at least temporarily. And so the Japanese automaker is making like Ford and FCA in analyzing its current portfolio of models to see if they are appropriate – ie, profit-generating enough – for its all-important U.S. (and by extension Canadian) market.

"We are taking a hard look at all of the segments that we compete in to make sure we are competing in profitable segments and that products we sell have strategic value."

According to Toyota, its feat of increasing profits even while sales remain relatively flat has been accomplished by pulling back on some incentives being offered in the North American market, while focusing the remaining ones on higher-margin vehicles.

The flip side of that strategy is to review those members of its roster that do not generate as much profits – and that would include non-SUV or light truck products, like convertibles and coupes, or even some sedans or hatchback models. The company makes clear, however, that it remains committed to passenger cars.

So what models might be getting the third degree under the interrogation lights? A cornerstone model like the Camry is surely safe, but Yaris, for one, has seen its American sales fall off a cliff in 2018, and it might be a prime candidate for being pulled from that - and perhaps our - market. 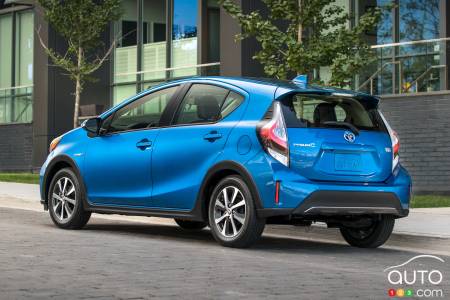 Toyota wants to revive the Celica and MR2

Having brought back the Supra to its catalogue, Toyota wants to revive two other iconic models: the Celica and the MR2. For that to happen, though, the Supra...