Boasting an improvement of up to 20 percent in terms of emissions and fuel economy versus a comparable machine, BMW's X6 ActiveHybrid concept promises to combine enhanced fuel efficiency and typical BMW driving pleasure into the same machine.

Labeled a Sports Activity Coupe, the X6 ActiveHybrid visually and dynamically captures the essence of the brands DNA. Its striking style and unique paint-job and wheel combination work to set it apart from the standard model.


A dual-mode hybrid, the X6 Hybrid is propelled by a gasoline engine, an electric system, or both. The system was developed jointly with Daimler Chrysler and General Motors at a special facility in Michigan in the past three years- though BMW reminds us that they were developing hybrid cars as far back as 1980.

Unlike other hybrids, the X6 model is engineered and tuned to be exceptionally rewarding and entertaining to drive- maintaining the road feel and responsiveness of a sports car. Part of that responsiveness comes from a power-split electronic Continually Variable Transmission which allows the drivetrain to run through both fixed and infinitely variable gear ratios depending on the situation. BMW says this is superior to the typical CVT hybrid transmission because it can provide a dynamic driving impression that a normal CVT can't.

The X6 ActiveHybrid falls under BMW's Efficient Dynamics umbrella- part of which includes the modular hybrid system which can easily be fitted to other vehicles in the future. No such details are available at this point, however. 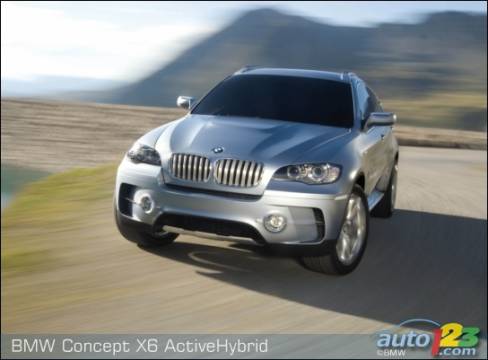 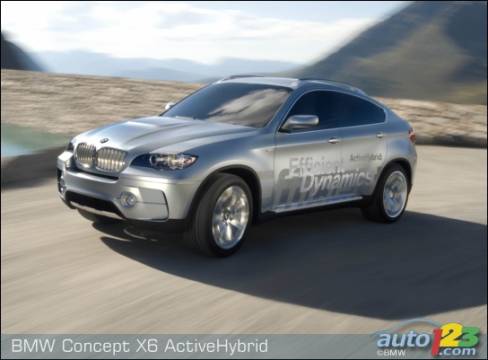 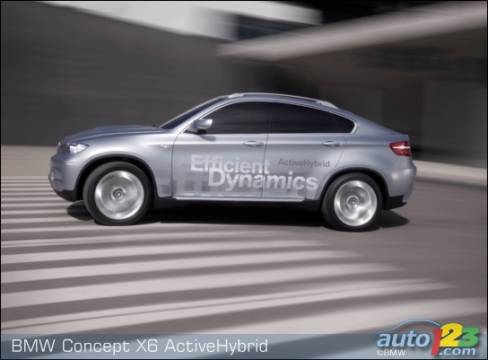 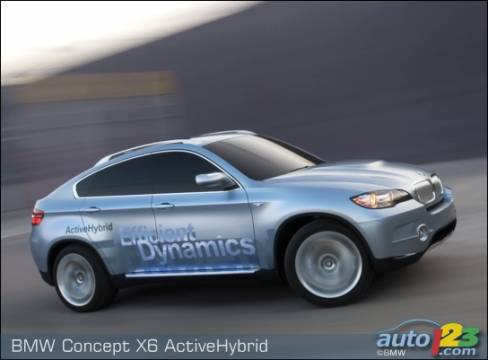 World premiere of the Volkswagen Tiguan presented at Fran...

The Touareg gets a little brother as the production version of the Tiguan is shown to the world for the first time. With its three different trim levels, the...

Kinetic style and cell-phone based interior for Ford Verv...

Following in the footsteps of the Iosis and Iosis X, the upcoming Ford Verve concept will hint at the design direction of the automakers future compact cars....

BMW Set to Launch its Plug-In Hybrid in Frankfurt

The Frankfurt Auto Show will serve as the backdrop for the launch of BMW's new plug-in hybrid X5, the X5 eDrive. With an autonomy of 30 kilometres in 100% el...