This week appeared the first images of the Precision EV concept meant to foreshadow the design signatures of Acura's future electric vehicles. Today, Acura confirmed that it will resurrect the ZDX name for its first electric SUV.

There are many heads being scratched in reaction. Of all the names available and all the possible combinations, the company chose to bring back the name of one of the least successful vehicles in its history, and perhaps the ugliest one it has ever marketed.

The decision to resurrect the name is an odd one, thus. At least, the ZDX's career was short enough (2010-2013) that many have already forgotten about this atypical vehicle. And this isn't Acura's first controversy with the use of a name...

Still, the manufacturer seems aware of the ZDX's legacy. It took the time to mention that the new electric version will offer versatility similar to that of the RDX and MDX SUVs. We'll recall that the ZDX of 10 years ago with its unorthodox styling didn’t exactly get high marks for practicality.

The future ZDX will be based on a platform developed in collaboration with General Motors (Ultium). That architecture allows for multiple powertrain and battery configurations, while making possible a range of up to 600 km. Acura did not provide additional technical details, but it is expected that models will be available with different powertrain, power and range configurations.

Acura says the model should be ready for show and tell sometime in 2024. 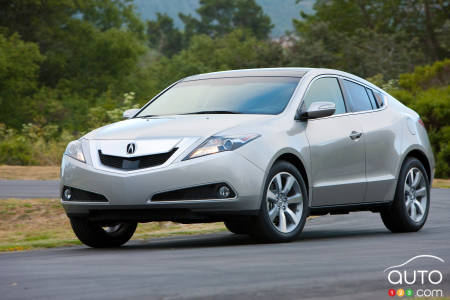 Chevrolet unveils its next all-electric model, the 2024 Equinox EV. Aside from the lack of a combustion engine, it's the price that jumps out. The SUV will r...