The V8 engine will be around for another 10 years, according to the AMG division Automotive columnist: Daniel Rufiange , Updated: 2021-09-24

Mercedes-Benz's AMG performance division has its own idea about the number of years left for the V8, which is of course the division’s bread-and-butter engine type. The division has previously declared it believes the format will survive in an electric era, but acknowledges nothing will ever be the same again.

So how much longer does AMG think the V8 will last? According to AMG’s boss, 10 years!

“I think there will be a future, yes. I think for the next ten years we will see V8s, for sure. We have a lot of customers who love their cars and I still think that we will see those people buying the cars for a long time. We have really a very high demand all over the world.”

- Philipp Scheimer of AMG, to Road and Track magazine

While AMG won't be developing new generations of V8 engines, as work revs up on electrification, engineers will still work at updating the existing powertrain. Better yet, it can be updated to become a central component of a plug-in hybrid configuration, as is the case with the new GT 63 S E-Performance. The V8 works with a rear electric motor to develop a total of 831 hp and deliver 1033 lb-ft of torque. That makes it the most powerful proposition in the AMG division's history to date, pending the arrival of the One supercar. 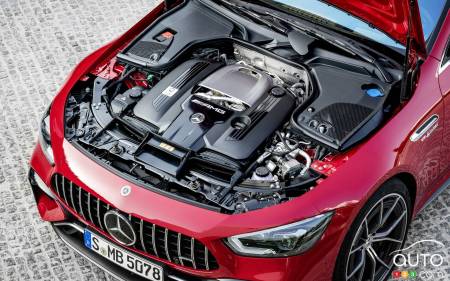 Which models will still get it in the next few years is an open question; some performance versions will surely go with other solutions. We'll have to wait and see what direction the company takes.

Also, it's possible that the V8 will be offered longer in some parts of the world where restrictions are less severe, and will disappear faster in regions with stricter legislation.

It's important to remember that Mercedes-Benz has announced it's going to go all-electric by the end of the decade, or at least “when market conditions allow”. AMG is already working on it with the EQS 53, and the EQE 53 will follow, surely. 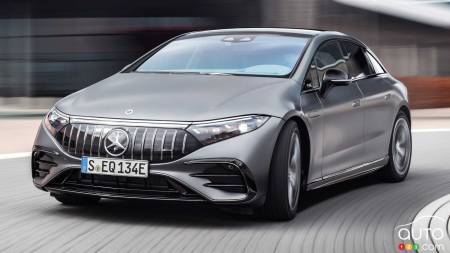 With its electric motor and battery now part of the deal, the 2024 Mercedes-AMG C63 S E Performance is a weightier car than before - which is not ideal for a...