Hearing the names Aston Martin and James Bond together tends to get car lovers a little excited. Even those not necessarily rabid about all things automotive know that famed Agent 007 has always been closely linked to the British carmaker.

And shown a list of cars driven by the suave secret agent in various films, most would point straight to the DB5 as being the ultimate Bond car.

The car was first used in the film Goldfinger, and it quickly became a near-mythical icon in cinematic history.

Auction
If the sight of this car sends you pulse racing, and if your pockets are deep enough (ok, well bottomless), you may have a unique chance this coming August to lay your hands on a special DB5. As part of the activities surrounding the annual Concours d’Elegance in PebbleBeach, in California, RM Sotheby’s will be putting a DB5 created for Bond up for auction to the highest bidder.

The car was one of two produced as promotional tools for each coast of the United States for the film Thunderball, the follow-up to Goldfinger in the Bond series. 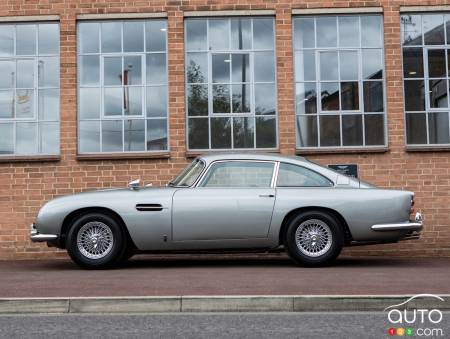 The model, carrying the serial number DB5/2008/R, inherited all the same gadgets as the car seen in the film itself, from the pivoting licence plate to the bullet-proof screen and everything in between - with one exception, alas: no ejecting passenger seat!

The price?
There’s some precedent here. In 2010, one of the two models used in scenes in Goldfinger and in Thunderball was auctioned off for the sum of $4.1 million USD. Odds are pretty good that in 2019, the top bid will surpass that, even if the car now being offered wasn’t actually used in a Bond movie.

We’ll get to see if the predictions are right once the Concours d’Elegance of Pebble Beach rolls around in August. 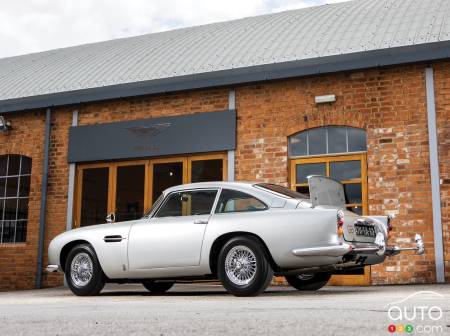 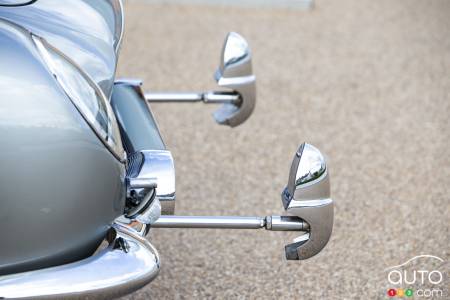 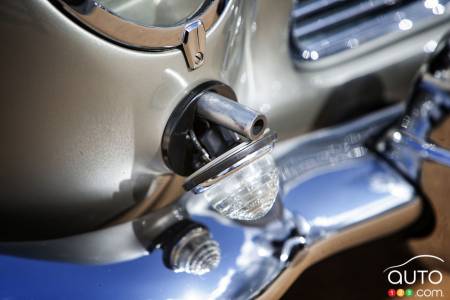 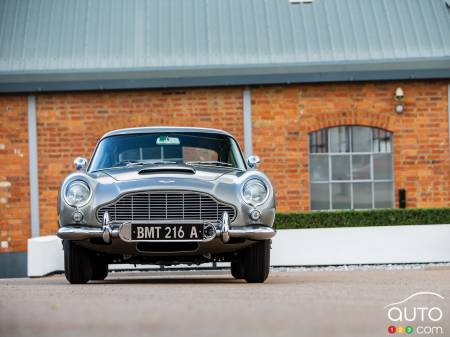 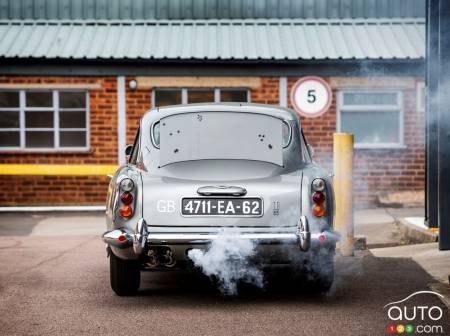 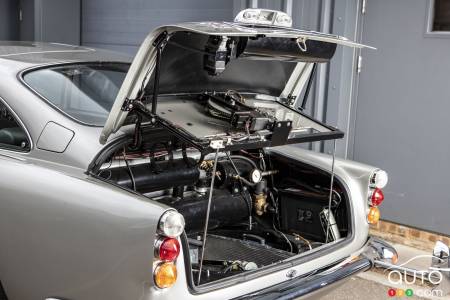