Purists cried bleeping murder when the legendary Aston Martin brand announced that it too would produce an SUV, following the lead of other prestigious brands such as Lamborghini, Bentley, Rolls-Royce... and Porsche, the pioneer of this heretical movement, let's not forget.

David Brown and Sean Connery are probably simultaneously turning over in their graves. James Bond is said to be displeased. Still, the gamble, if it ever was one, is starting to pay off for the British automaker in a big way. Since the beginning of the year, it has seen an explosion in sales of vehicles carrying the Aston Martin badge.

Explosion, indeed. The jump is a whopping 224 percent, and it’s driven almost entirely by the brand's first SUV, the DBX. Incidentally, we recently drove the DBX and we'll have a full review for you in the coming weeks.

As you might deduce even if you’re not Sherlock Holmes, the windfall in revenue meant the company managed to shrink its losses in the first part of the 2021. 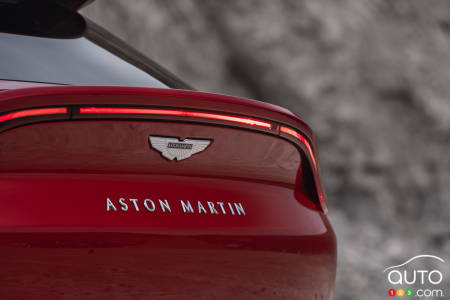 The sales figures tell a pretty simple story: the DBX accounted for more than half of the 2,901 transactions recorded by Aston Martin between January and June of this year.

“Building on the success of DBX, our first SUV, we have since delivered two more new vehicles and with more exciting product launches to come we are well positioned for growth.”

The DBX went into production in July 2020. Since then, it has served the valuable purpose of getting new customers into the Aston Martin fold. And, ultimately, it may allow the automaker to deliver more exceptional sporty cars. If that's the case, we can live with the DBX.

Aston Martin is aiming for a sales volume of about 6,000 units in 2021, and it's on track to meet that goal, or at least come very close. 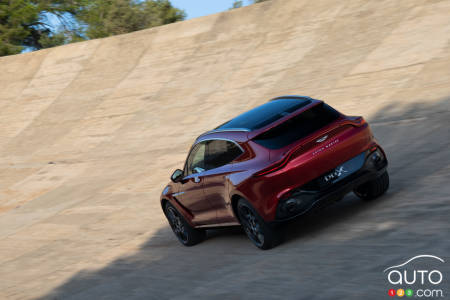 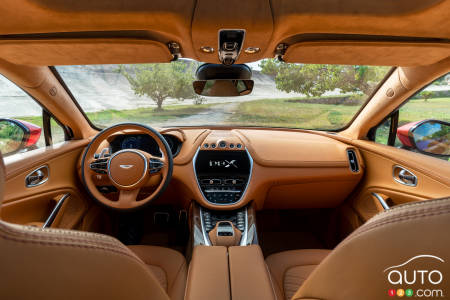 As it hoped, the new GV70 compact SUV has given Genesis momentum as it seeks to implant itself on the luxury vehicle landscape in Canada. The company predict...

Auto123 reviews the 2021 Aston Martin DBX, the first SUV from the legendary British brand. Its primary mission is simple: to help the brand survive.

Cadillac has a problem every automaker would like to have; the most popular version of its big, pricy, lucrative Escalade SUV is the most expensive trim in t...

Articles By
Daniel Rufiange
Judge Orders Man Convicted of Speeding, Drivi...
Article
Mercedes-Benz Will Bring the EQC to North Ame...
Article
Production Is Underway for the BMW i4
Article
More from this author