Audi made the official presentation this week of the all-electric Audi e-tron SUV, the first fully electric production model from the German automaker. The five-seat mid-size SUV The e-tron Quattro is scheduled to arrive at Canadian dealerships in the second quarter of 2019.

No pricing has been announced as of yet for our market but the entry-level Premium trim will sell starting at $74,900 USD south of the border. The two other trims will be the Prestige and the First Ediiton.

The design
In line with brand’s other SUV models, the Audi e-tron features an octagonal-design Singleframe grille with vertical struts. Its uniquely enclosed grille is decked in platinum gray, identifying it as an all-electric model. At the lower edge of the standard LED headlights, four horizontal struts create a unique signature for the daytime running lights.

A continuous shoulder line extends from the headlights along the flanks to the rear lights. The roof stretches across the body, which displays clear SUV attributes with its quattro blisters over the wheels and prominent D-pillars. 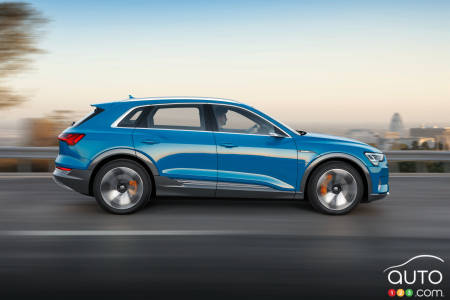 In back, the long roof spoiler and wide diffuser accentuate the sporty look of the e-tron. A distinctive light strip connects the LED rear taillights, similar to the brand’s D segment offerings (Audi A7, A8 and Q8). The four cross-slats in the diffuser draw attention to the absence of tailpipes, another reference to the fully electric drive.

The interior
The cabin of the new e-tron is clearly driver-oriented. A wraparound dash envelops the stepped dashboard as far around as the sculptural door trims, and in addition to the central Audi virtual cockpit and slim, visually free-standing display, the two MMI touch response displays are angled towards the pilot.

The interior of the Audi e-tron features natural wood inlays and available Valcona leather seats, and the stitching on the seats creates a motif reminiscent of electric circuit boards. A panoramic glass sunroof comes standard, as does the 4-zone climate control system.

In the rear, there is a flat plateau instead of the centre tunnel usually found in conventional models. Cargo capacity in the trunk is 807 litres (which goes up to 1,614 litres with the rear seats folded down), and below the front lid sits an additional storage compartment, designed to accommodate the vehicle tool kit and mobile charging cable. The standard power tailgate can be operated by a foot gesture when needed. Multi-adjustable customized contour front seats with massage function are available as well. 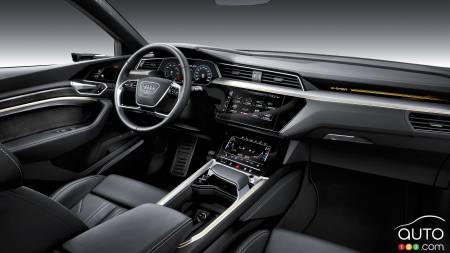 The powertrain
The vehicle’s two electric motors accelerate the e-tron from 0-100 kmh/ in just over 5.5 seconds and can take it to a top speed of 200 km/h.  Audi is promising impressive off-the-line starting performance thanks to maximum drive torque available in 250 milliseconds. Exact horsepower and torque figures will be available closer to launch, according to the manufacturer, although we expect output to be over 400 hp. Range, meanwhile, should be around 400 km.

Each of the two asynchronous motors (ASM) of the Audi e-tron is supplied by power electronics working closely with the powertrain control unit. At moderate speeds, the vehicle is powered mainly by the rear motor for maximal efficiency.

An energy recuperation system encompasses both electric motors to further boost efficiency. Audi says that this system can account for as much as 30% of the e-tron’s range depending on the conditions, terrain and driving style. When driving, the e-tron can recover energy in two ways: by means of coasting recuperation when the driver releases the accelerator, or by means of braking recuperation by depressing the brake pedal. 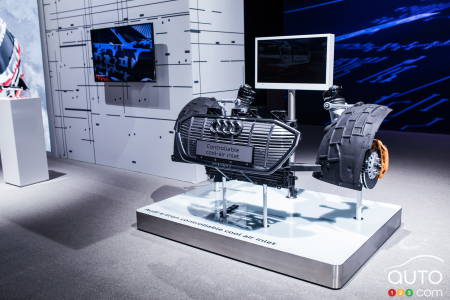 The battery system in the Audi e-tron is located beneath the cabin and operates with a nominal voltage of 396 volts and stores 95 kWh of energy. The model is engineered for both AC and DC charging; in fact the e-tron debuts a DC fast-charging capability of up to 150 kW available at certain high-speed public charging stations, which can deliver 80% charge in about 30 minutes.  At home, a standard 9.6 kW AC capsule charger (Level 2) is provided and designed to deliver a fresh charge overnight. This charger will include plugs that can utilize both a standard 120-volt household outlet (1.2 kW) as well as a fast-speed 240-volt outlet (9.6 kW).

A regulated cooling air inlet with ducts helps cool the front brakes and the adaptive, speed-dependent air suspension that is standard on the Audi e-tron. The standard-fit 20-inch wheels are aerodynamically optimized and fitted with 255/50 tires engineered for their ultralow rolling resistance.

Electric all-wheel drive
The Audi e-tron marks the debut of a new generation of quattro drive as standard: electric all-wheel drive. This new system is designed to give the electric SUV improved traction in a variety of weather conditions and on different road surfaces. Torque vectoring enhances handling by means of brief wheel brake applications. For the first time in the e-tron, the quattro torque vectoring is integrated on the central suspension controller, distributing the torque with a slight rear bias. 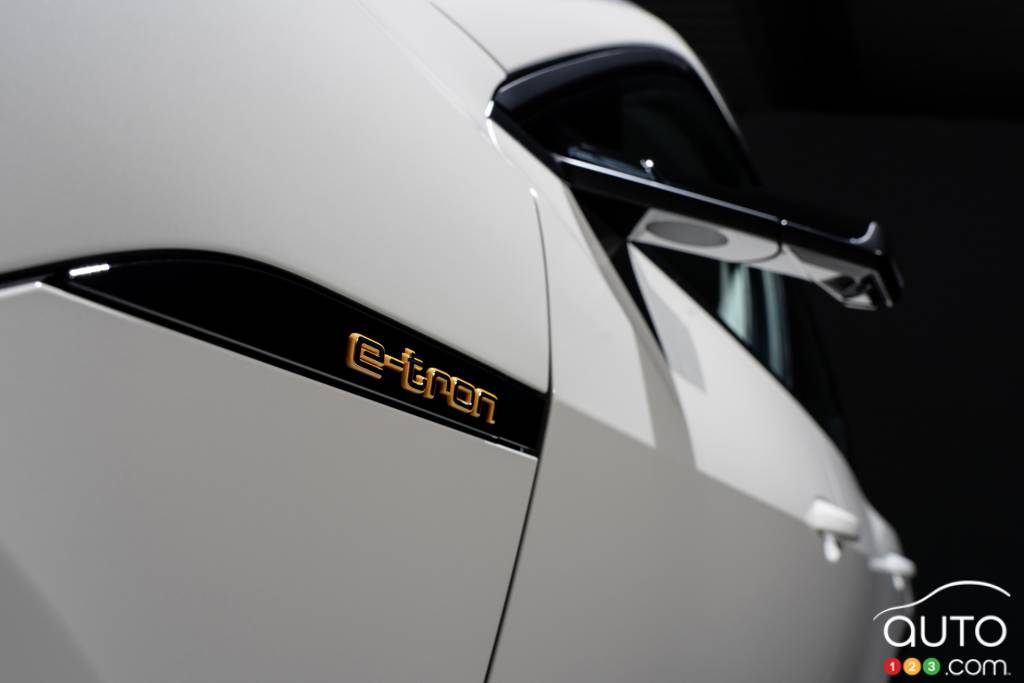 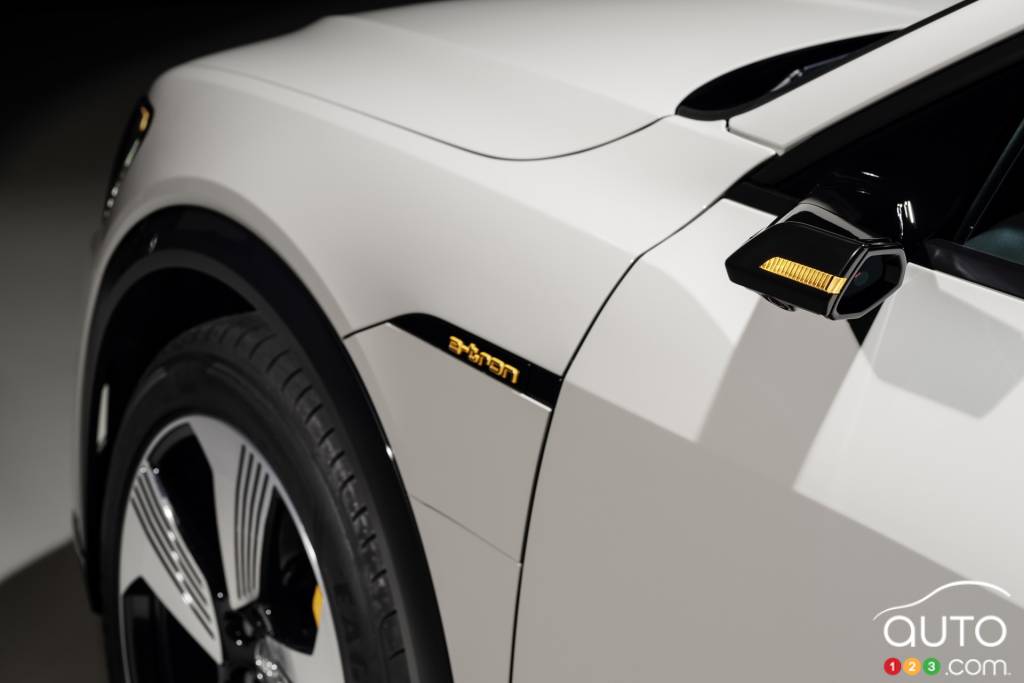 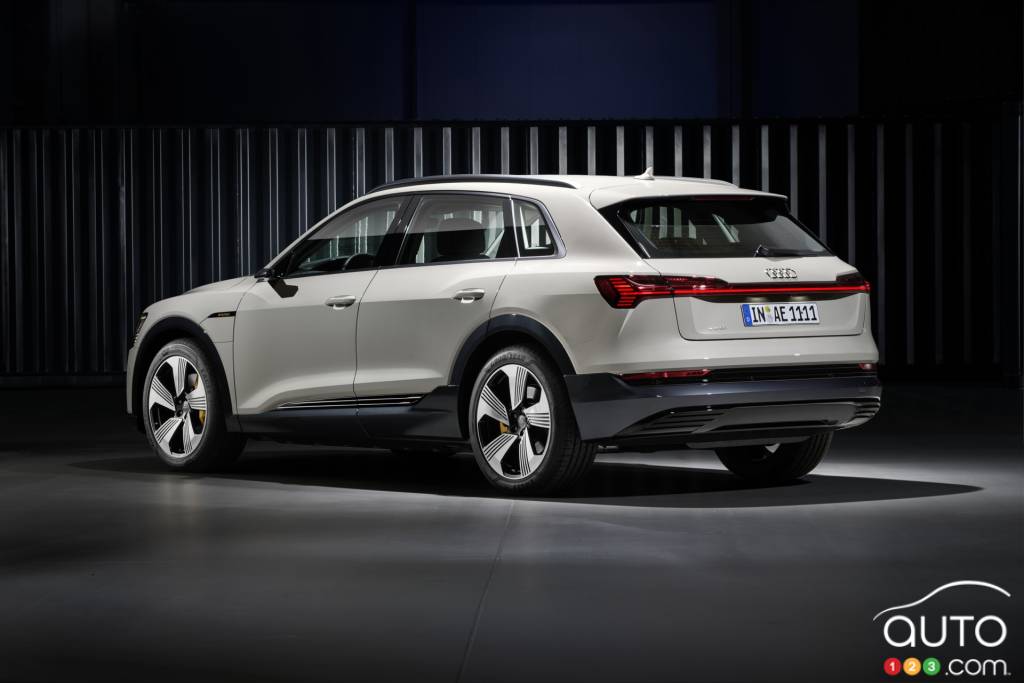 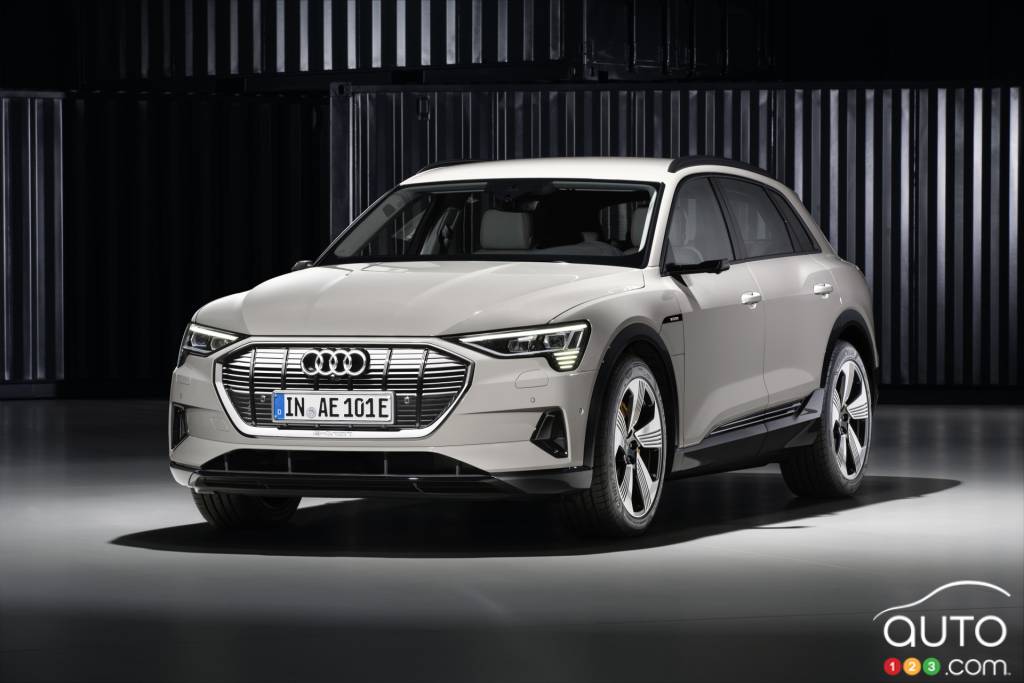 Photos:Audi
Photos of the 2019 Audi e-tron
See the complete Gallery

We’ve had the sketches showing the front and rear sections. Now the new Audi Q8 goes Full Monty, via a series of photos that provide a full-in, 360 look of t...