Since its debut, the R8 from German automaker Audi has been a genuine dream car for performance enthusiasts. The V8 and V10 engines that powered the model delivered all the horses and explosiveness you’d expect when you fork over more than $100,000 for a sports car.

As for a possible V6 version, the idea had already been floated, but without anything coming of it… until now. And the factor making it a serious possibility is the Chinese market. Audi wants to make its sports car available to Chinese consumers. But as those consumers pay significant taxes tied to the number of cylinders a car’s engine has, it will be easier to sell the R8 in China with a 2.9L V6 instead of the 5.2L V10.

The 2.9L bloc is the one that serves the Porsche Panamera. Featuring two turbochargers, it can produce 434 hp; plus it can be modified to deliver 500 when in an R8. For Chinese consumers, the taxes they would have to pay would be cut in half in comparison with a V10.

Those who love the sleek design of the R8 will be glad to know that the change under the hood won’t affect the car’s look, with the possible exception of the exhaust pipes. On the prototype models spied during current testing, this part of the vehicle has been camouflaged. 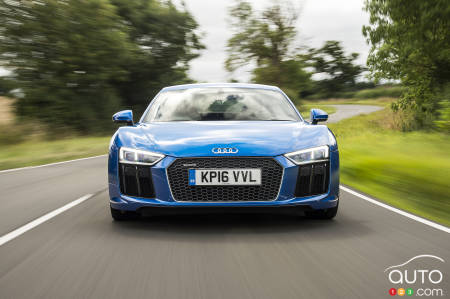 If Audi goes ahead with a V6 version of the R8, it will have in its arsenal a model able to go head-to-head with the Mercedes-AMG GT, the Jaguar F-Type and the Porsche 911 in terms of pricing.

It will be an interesting dossier to follow, especially when you remember that a number of reports came out last December to the effect that the automaker was considering retiring the R8 at the end of its current production cycle, in 2020.

The arrival of a V6 in the near-future doesn’t preclude the model getting the axe in two years, but if the new engine leads to increased sales for the model, it could mean a reprieve.

For the moment, the R8 remains a niche car, which sells in small numbers and doesn’t bring enough in return for the company, at least not enough for it to invest in a new generation. 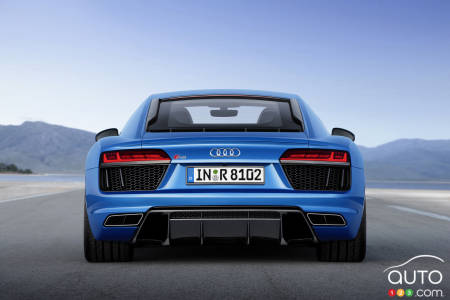 The Audi R8 offered to consumers in 2019 will deliver even more power from its 5.2L V8 engine. Audi is also promising more-responsive steering, shorter stopp...