Rumours have been floating for some time regarding the eventual introduction of an X8 SUV within the BMW lineup. While so far the company has not confirmed that such a model is in its plans, there’s an awful lot of smoke here for there to be no fire.

The latest puff of smoke comes courtesy the BMWBlog website, which reports that not only will there be an X8, there will even be a M Performance hybrid variant, the X8 M45e. This version would be powered by a 3.0L inline-6 turbo engine in combination with an electric motor. This powertrain is already in existence in certain BMW models and in those it delivers 400 hp and 440 lb-ft of torque; we can expect bigger numbers in an X8.

The new X8 would not a simple clone of the X6 and X7 with a sloping roofline added in back. It would display its own identity, starting with the brand’s bigger new front grille. All of this, like the rest, is still in the realm of speculation. 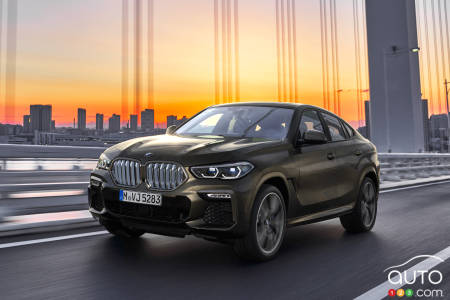 The X8 range would thus include three variants in all: the X8, X8 M45e and the X8 M. The latter would likely use the company’s 4.4L twin-turbo V8, if not the V12, though that appears less likely in the age of fuel-efficient powertrains.

None of this will come to pass in the very near-future. The X8 wouldn’t be ready before the end of next year, and that would be just the base version. The other variants wouldn’t show until the early 2020s.

A lot can happen between now and then. But if the project does go ahead, we expect it will be the most luxurious and even ostentatious model we’ve seen yet from the German automaker.

The BMW X4 M Competition 2021 could confuse consumers: is it a sports car or a sport utility vehicle? For those who get behind the wheel, the question quickl...