BMW is putting an end to its i8 sports model, after a short six-year run.

The production version of the i8, the German automaker’s first plug-in hybrid model, was first introduced at the Frankfurt auto show in 2013, and first entered the American market in 2014.

In 2018, BMW refreshed the i8 coupe and introduced a roadster version.

BMW is shelving its i8 while it turns its focus to developing and introducing several new models powered by electricity, as part of its ambitious plan to market 25 electrified models by 2023.

Production of the iNext SUV is set to begin in the middle of 2021. After that comes the i4 sedan, production of which should start late that same year. The latter model was given a virtual premiere earlier this month following the cancellation of the Geneva Motor Show.

The i4 sedan and the iNext SUV should each benefit from a range of around 600 km, according to the European testing cycle; this should translate into between 450 and 500 km in North America. 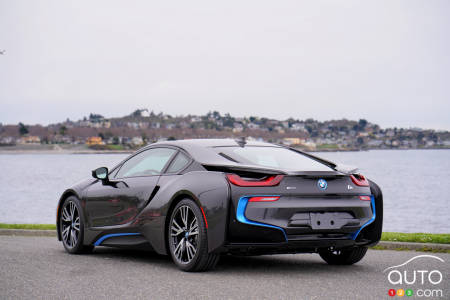