The numbers prove it: manual transmissions are nowhere near as popular as they once were, and in fact we’re witnessing its gradual disappearance from the market. On the one hand it’s undeniable that consumers are not going for that option, especially in North America; on the other, the manufacturers are pulling them from their product offerings, or else including them as part of bare-bones trims so that they can advertise very low starting prices.

What’s more worrying is that the trend is impacting sportier models, for which manual gearboxes were for a long time an essential piece of equipment. Case in point is the new 3 Series from BMW, which in 2019 will not be available with a manual transmission.

10 or 15 years ago this would have been regarded as heresy. Today, it’s just par for the course.

Except that, in this case, lovers of the stick shift will see a glimmer of hope, in the form of the M3 performance variant. Some rumours had floated that the manual gearbox would be abandoned in this version as well, but now internal sources at the automaker have hinted that no decision has yet been taken on this subject. In fact, the decision would depend on another one, yet to be taken by the company. 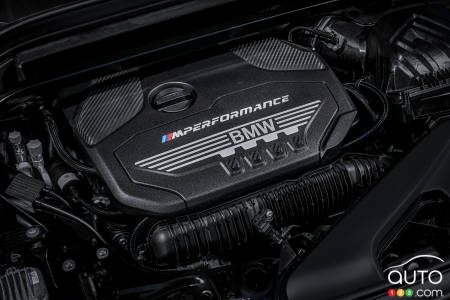 hat decision would involve whether or not the M3 (ready for 2020-21) would run on a rear-wheel-drive system or BMW’s xDrive all-wheel drive. If it’s the latter, the manufacturer would likely opt to equip the model with the 8-speed ZF automatic transmission the xDrive system already works with on all other models in the lineup. But if BMW decides to go with a rear-wheel-drive system, including a manual transmission would a much simpler matter (AWD would require developing a new manual gearbox, and the company would be loath to commit the needed money and resources to doing that).

One thing’s for sure, the company will have to make up its mind fairly quickly: the M3 is scheduled to hit the market in late 2019.

An image has leaked showing the enormous front grille of BMW’s upcoming M3 and M4 models, and it’s causing an equally enormous stir. The immensity of the mod...