One by one, BMW’s products are getting major nose jobs as part of the company’s big effort to modernize the brand’s image. This is standard practice for auto manufacturers of course, and BMW is hardly alone in tweaking its design signature.

Except that in the case of the German automaker, the principal change involves feeding the distinctive kidney front grille of its models growth hormones, and reaction among fans has been all over the map. The new 7 Series, for example, has taken its share of knocks for its outsized front grille. BMW’s head of design Adrian van Hooydonk, had a simple retort for the critics: sales of models with the new front grille are up.

Of course, that could be simply because the models in question had been due for a refresh… 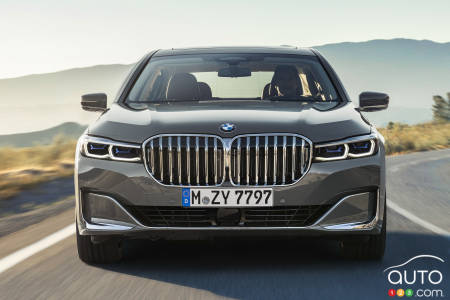 In any case, a new leaked image showing a tremendous front grille on a BMW model that is most likely the next M3 (or M4) has inflamed opinions once again. The photo in fact reveals a grille that’s not just big, it’s gargantuan, stretching from the edge of the hood to very bottom of the grille. The presence of horizontal openings in front tells us this is an M performance model.

We can only imagine the polemics and opinionating when BMW finally presents the new M models, which is likely to happen at some point in 2020.

And when they are launched, BMW will have placed under the hood, or should we say behind the elephantine grille, an engine delivering more than 500 hp. We’ve seen that engine at work already in the X3 M and X4 M SUVs. The M3 will get a rear-wheel-drive configuration, though it could also get four-wheel drive.

Clearly, the next-generation M3 and M4 will generate strong interest and intense debate - which maybe is just what BMW intended. Stay tuned. 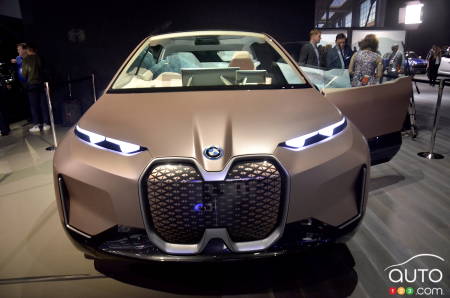 Ahead of the official presentation of the next-gen M3 and M4 models, BMW shared a few teaser images on its Instagram account. One of the images confirms that...

The 2020 BMW M4 Cabriolet, an exceptional little drop-top that delivers a sublime driving experience. In contrast to the brand-new 3 Series, it’s built on th...