BMW gave the world a teaser look at the fourth generation of its ultimate performance sedan at the Geneva Motor Show with the reveal of the Concept M5, which the Munich-based company likes to refer to as the ''businessman's express.''

After 20 years of M5s, BMW is still able to raise the go-fast ante by ''translating Formula 1 technology directly into a road car.'' For the first time, this means the use of a V10 in an M5, an engine that will put out about 500 hp and some 375 lb.-ft. of torque.

That would mean the large sedan would be capable of going from 0 to 100 km/h in ''well under'' five seconds, which is not such a rarity in these performance-oriented days but still fairly unusual.

Such performance levels are made possible by specially modified Bi-VANOS camshaft timing, individual throttle butterflies and engine electronics derived from the BMW Williams F1 car. These are linked to an enhanced traction control system, a variable limited slip differential and adapted brakes to ensure that the Concept M5 offers an ''exhilarating, yet safe, driving experience.''

Along with the engine developments, Formula 1 technology is carried over to the transmission, so the Concept M5 is equipped with a seven-speed Sequential Manual Gearbox, which is another first for BMW.

Under the sheetmetal, the BMW Concept M5 is based on the 5-series sedan launched in 2003, with both cars using an aluminum chassis and lightweight aluminum front body panels.

Visually, the BMW Concept M5 stands apart from its regular 5-series sibling by the addition of modified front and rear air dams, side sills, side air vents and four exhaust tailpipes. It also has M alloy wheels of an exclusive design measuring 8.5J x 19 on the front and 9.5J x 19 on the rear, with 255 / 40 ZR 19 and 285 / 35 ZR 19 tires, respectively.

BMW coyly notes that the BMW Concept M5 is after all a concept car, but adds that the introduction of this model means that a production version could be available within a year, which probably means a launch in the summer of 2005. 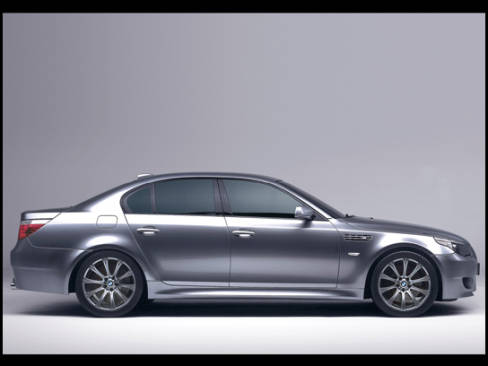 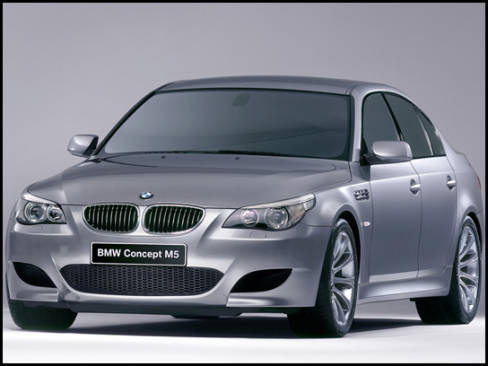 Ask any true blue enthusiast what single car they would own if money was no object and the BMW M5 jumps to the top of the list more often than not. It's on t...

Evidenced by an overloaded trophy rack, there's something that BMW gets bang-on with their 3-Series lineup year after year- and if you've decided to get a us...

Thanks to magnificent handling, solid build quality and noteworthy refinement, the BMW 3-Series has long been reputed as a class-leading specimen in the Prem...