Like its main rivals Audi and Mercedes-Benz, BMW is absent from this year’s edition of the North American International Auto Show in Detroit, but evidently it did not want to remain mute to start the new year. A presentation was in order, that turned out to be the 2020 BMW 7 Series; the world premiere of the remodeled sedan took place in Munich.

This is not a new generation of the model, more like a revamp of the current one. The changes are not unsubstantial, however, especially as they pertain to the car’s styling.

That grille…
The obvious change is the front grille of the new 7 Series, fully 40% larger than the one that fronts the 2019 model. This is a clear, unambiguous gesture by BMW: this car will attract more attention on the road, which is only fitting for a car that will cost buyers in the six figures.

That redesigned grille is flanked by new adaptive LED headlights, included as standard equipment (laser beams are an option). The hood has slightly modified, as have the flanks that now sport a bit more muscle.

The changes are more discreet in the rear. The lights are slightly thinner and they’Re linked by a chrome strip. 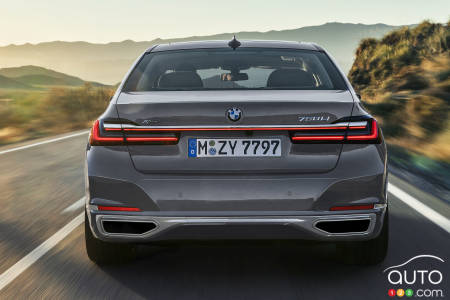 Inside, the presentation of the 7 Series has been brought more closely into line with what’s in the new 8 Series. The manufacturer has thus included that model’s instrument cluster and BMW’s latest multimedia system. New accent and upholstery options will be part of the product offering, promises the automaker.

The mechanics
BMW made a few changes under the hood a well, particularly for the versions that will run on the 4.4L twin-turbo engine. It has, you guessed it, been modified to provide more power; the output increases from 445 to 523 hp and from 480 lb-ft to 553 lb-ft of torque.

At launch, which is scheduled for the spring, the model will be offered also in plug-in hybrid variant. This version will feature an inline-6 engine delivering 280 hp in combination with an 84 kW electric motor. The car’s system will stockpile energy in a new lithium-ion battery, though the company has not divulged the range that unit will deliver. Combined output will amount to 389 hp. 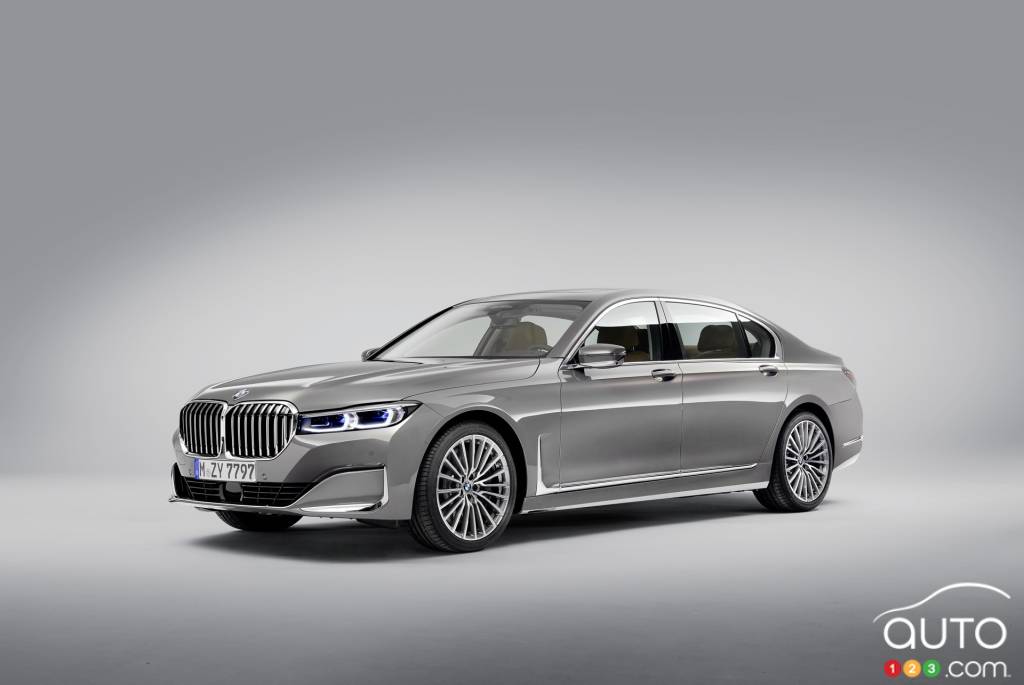 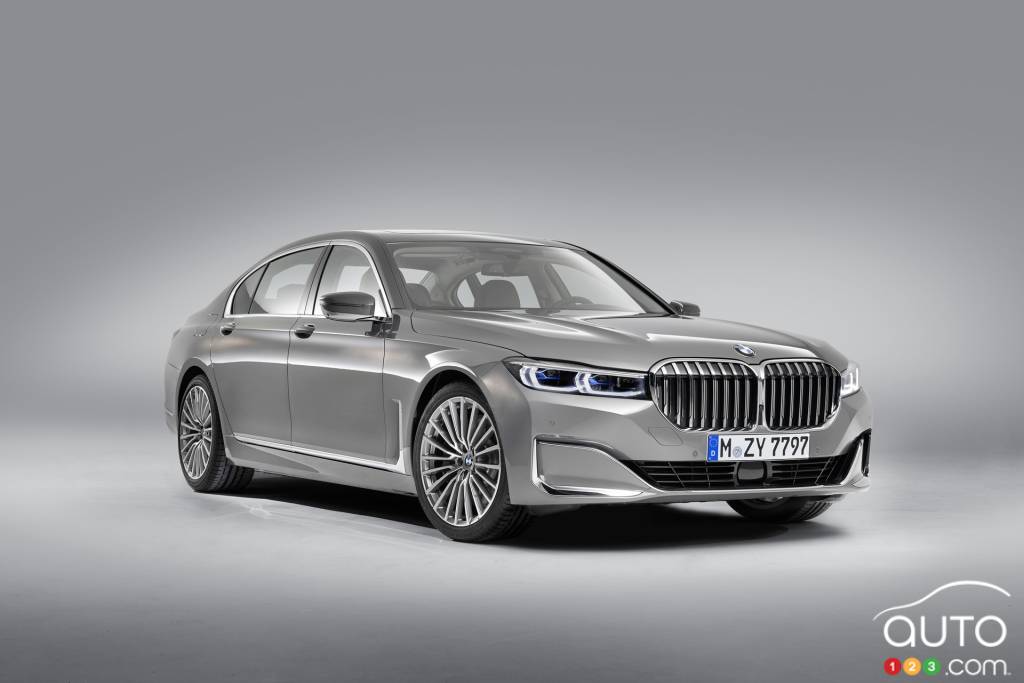 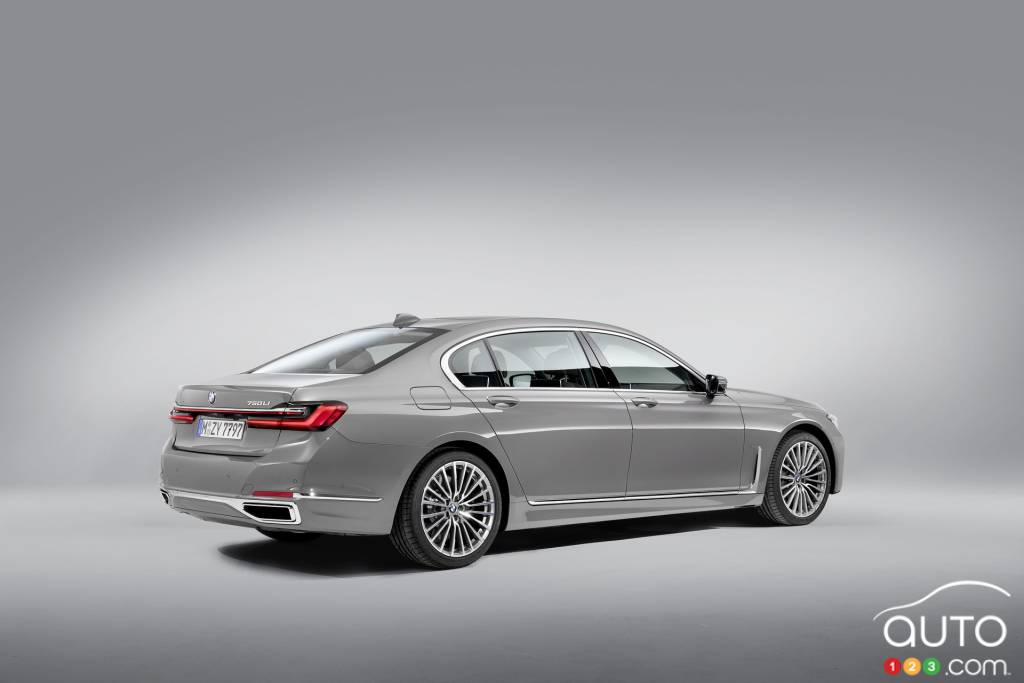 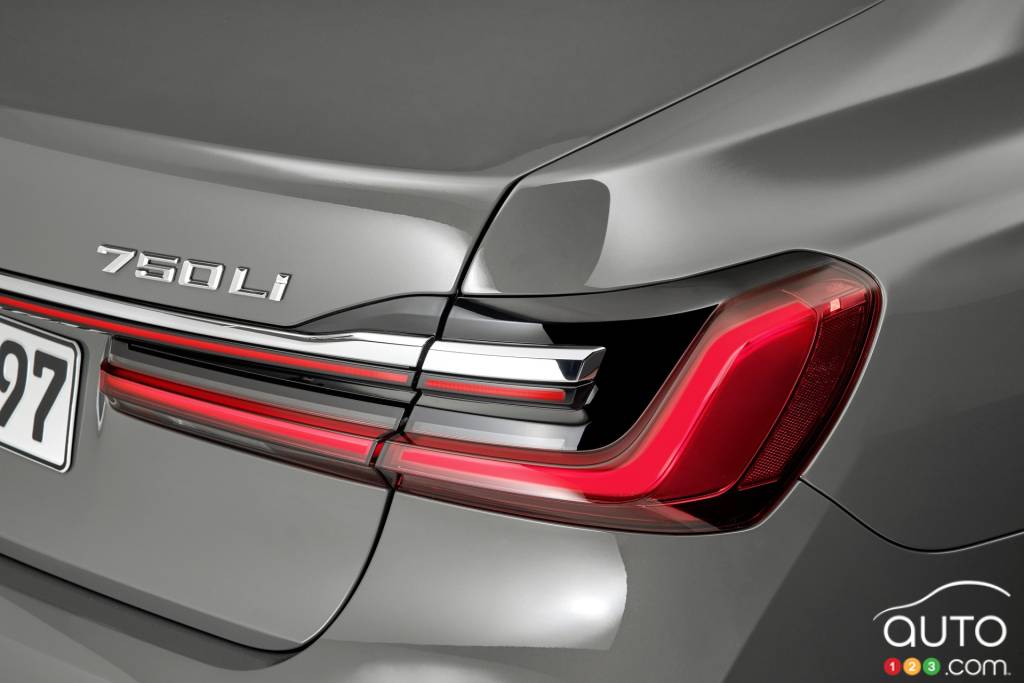 Photos:BMW
Photos of the 2020 BMW 7 Series
See the complete Gallery

Mechanically, the 2020 BMW M850i is a machine built to go to war. But it doesn’t forget that the crew you’re bringing along with you expects more of a cruise...