BMW is using the upcoming occasion of the Goodwood Festival in the UK to introduce the next generation of its 2 Series. The car, which has become the equivalent of what the 3 Series used to be, is the epitome of BMW's driving pleasure philosophy, at least in the eyes of many.

More good news, we won't have to wait too long to see it on the road, as the first models are expected towards the end of this year. 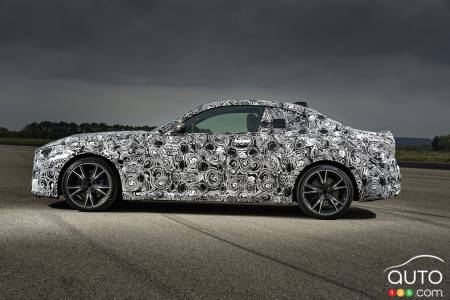 BMW hasn't confirmed any details for our market yet, but the version shown at launch is expected to be an M240i xDrive, a version powered by a 3.0L turbocharged inline-6 making about 370 hp. A base model with a 2.0L turbocharged 4-cylinder is also expected to be part of the deal. In both cases, the only transmission will be an 8-speed automatic, which is disappointing because the manual gearbox and the 2 Series went hand in hand. We'll have to see what else is on offer.

Fortunately for performance enthusiasts, BMW is reportedly preparing a new generation of the M2. This model is expected to receive a modified version of the 3.0L twin-turbocharged 6-cylinder that powers the M3 and M4. Output for the new M2 should be around 420 hp, which would represent a considerable increase over the 365 hp of the current model. It's clear that the goal is also to beat the competition, namely the AMG 45 version of the Mercedes-Benz A-Class (416 hp). The M2 should benefit from the manual transmission.

In addition to more-generous powertrains, all variants of the next 2 Series Coupe will benefit from a body with torsional rigidity increased by about 12 percent compared to the outgoing generation. The tracks have also been widened at the front and rear, while race-tuned dampers are standard. These are supposed to provide a nice balance between sportiness and comfort. To improve suspension performance, BMW will offer adaptive units. A lockable rear differential will also be offered. 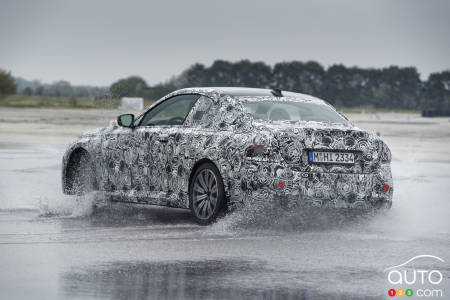 Production of the new 2 Series is expected to take place at BMW's Lerma plant in Mexico. The plant is currently producing a few 3 Series models, and prototypes of the 2 Series have been spotted nearby.

More details will, of course, be forthcoming when the model is officially unveiled. Stay tuned. 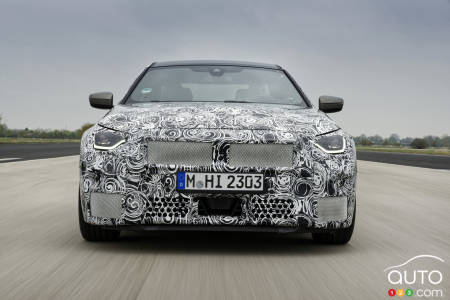 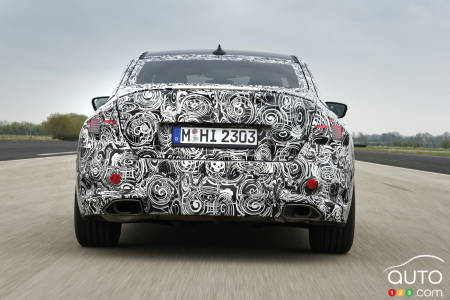