The X2 first hit the market in 2018 and was essentially a sleeker, sportier version of the X1. In its M235i configuration, the SUV delivers a solid 301 hp and a pretty inspired ride.

Renewal of the model is anticipated for 2023, and based on the information floating around online, there will be a few important changes, not least of which involves its principal vocation.

BMW may start shedding more light on its plans for the X2 later this year, as 2022 is the year the renewed X1 is due. Spy shots of that model revealed a larger format, but more importantly, different engine options, including gasoline, plug-in hybrid… and all-electric. Which would give birth to the iX1. The new X1 will use a modular architecture based on traction (all-wheel drive possible), and, according to German publication AutoBild, the X2 should be built on that architecture as well.

As a result, count on a more-spacious X2 for the 2023 model-year, with the biggest beneficiary being the second row. As for a possible all-electric variant, logically it will be the iX2. The plug-in hybrid version should also offer a longer range than previous, around 60 or 70 km.

Aesthetically, the X1 and X2 are also expected to feature more-massive front grilles, an approach BMW is determined to stick with even in the face of some criticism.  However, rather than extending from top to bottom, they would expand horizontally.

We're still a long way off from any finished products, but with the possible resumption of auto shows in the middle or end of this year, we can expect to see these next-gen BMW SUVs be presented somewhere or other. 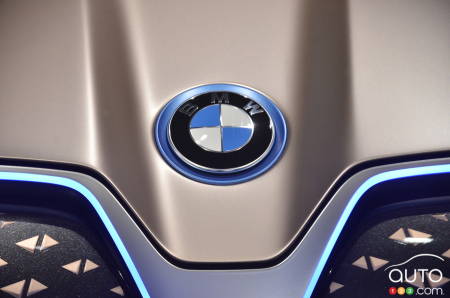