BMW recently registered the X8 M name with trademark authorities in Germany, adding weight to persistent rumours of the possible arrival of a coupe-style version of the X7.

Don't you find the market could use more SUVs?

BMW evidently thinks so. Car and Driver is reporting that the German automaker recently registered the X8 M name, which possibly heralds the arrival of a sportier variant of the X7 SUV.

Speculation is that production of the X8, which would be a coupe-style variant of the X7 (similar to the X6 and the X4 in relation to the X5 and X3, respectively), could be launched in the summer of 2022 at BMW's U.S. plant in Spartanburg, South Carolina. The mission of the X8 would be to compete with products like the Lamborghini Urus.

For BMW, there would clearly be a customer base for this type of vehicle. The automaker is surely calculating that buyers have switched from sedans to SUVs on a permanent basis, and that those who had a preference for coupes will be seduced by SUVs with that kind of look.

The BMW X8 would certainly benefit from the same platform as the X7, which debuted in 2019. Sales of that model have totalled 26,156 units since its launch, up until April 1 of this year.

The X7's turbocharged powertrains, either a 3.0L 6-cylinder or a 4.4L V8 that generates up to 523 hp in the M version, would probably find their way under the hood of a future X8.

That said, it's quite possible more powerful versions of those powerplants will be developed. For now, remember, there is no M version of the X7. However, the reservation of the name X8 M does indicate to us that the X7 will get its very own performance version at some point.

Odds are, we can expect to see the X8 presented in the next few months or the next year, assuming of course there is a return to some semblance of normality in the automotive industry in the near-term. BMW, like other manufacturers, is hard hit by the pandemic and planning for new products could be postponed at any time. 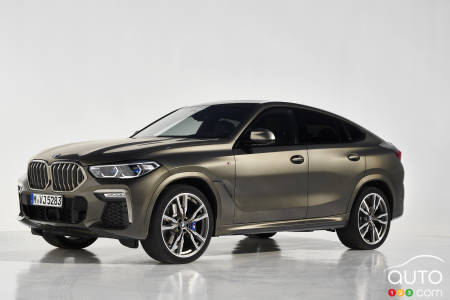