When the time comes to look back on the first half of the 21st century, a big chapter of the story of the automotive industry will have to be devoted to Tesla. The arrival of the company founded by Elon Musk has utterly upended traditions that were thought cast in stone within the industry.

Just 15 years after the company first appeared, the electric car occupies a more prominent position in the automotive landscape than ever before. Everywhere you turn electrification is front and centre whenever a new model is in development. Already the majority of auto manufacturers have made promises of new electric vehicles to come in the next year. At some companies, like Volkswagen, the transformation is huge and well under way.

While it has given us the Volt and the Bolt, GM has been quieter on this front than many others. In 2017, the company announced that it intended to introduce 20 models powered by electricity  by 2023, so we can expect that things will be changing at the automotive giant, sooner or later.

At the company’s luxury division there’s much focus on preventing its German rivals – or Tesla for that matter - from grabbing too much market share in the electric-vehicle sector. It’s now been reported that, according to sources, the first electric vehicle to be built on GM’s new BEV3 electric platform will be a Cadillac.

The BEV3 structure is set to be ready by 2021, and so we’ll go with that time frame in predicting when we might get the first all-electric Cadillac. 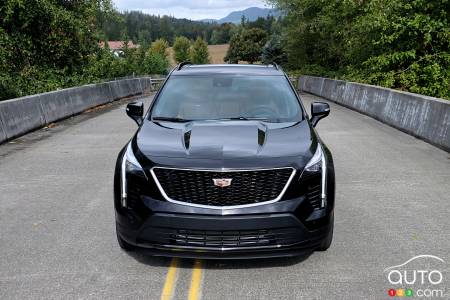 In the meantime we can speculate on what form this new Cadillac will take, and which market or markets will get it. Will North America be the focus, or will China be the first target in the 100-year-old company’s sights?

The move to electric mobility is proceeding at a faster pace there than in the U.S., motivated in good part by the air-pollution problems the Chinese government is grappling with.

On the other hand, going into battle with a mainly electric roster would open the door wide open in North America for Cadillac. The rush to buy Teslas in the U.S. shows that interest in electric-powered luxury cars is extremely strong.

For Cadillac, it must be galling to see an upstart firm like Tesla, with just three models currently in its lineup, overtake it for sales on American soil. Last year, the California-based company sold 191,627 units in the U.S. as compared to 154,702 for Cadillac.

Things could get interesting, as they say.

An Electric Cadillac SUV Built on the GMC Hummer's Platform?

GM has spilled some new scoop on the platform that will serve the electric GMC Hummer, and confirmed that a Cadillac SUV using this new architecture is in th...

In a recent interview, Elon Musk confirmed that the new Tesla Roadster promised back in 2017 will not go into production in 2020 as planned. The Tesla founde...