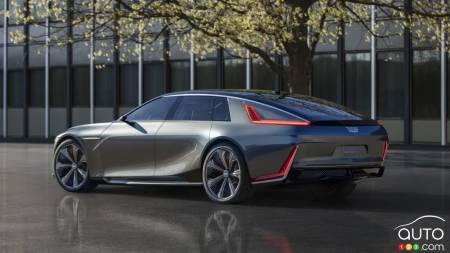 We've been hearing about it for over two years and now it's finally made its first official public appearance. Cadillac's Celestiq sedan will be the brand’s new flagship car, intended to take luxury to another level for General Motors' premium brand.

The car is Cadillac's second all-electric model after the Lyriq SUV and provides a clear preview of the styling language the brand plans to use in the coming years.

Its styling, Cadillac explains, is inspired by pre-war V16-powered cars, but also by the famous 1957 Eldorado Brougham, a car that was also hand-assembled and represented the height of luxury at the time. The new Celestiq offers a pretty delectable peek at the future of the automobile, on a bunch of different levels: performance, looks – both inside and out - technology, etc. 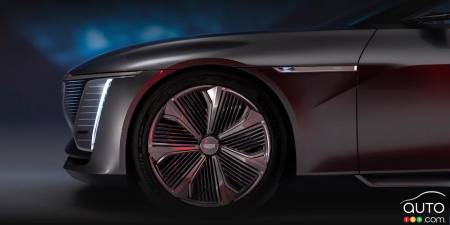 The Celestiq is of course powered by General Motors' new Ultium platform, but it also receives the next generation of the automaker’sSuper Cruise semi-autonomous driving system.

The styling of the show car – this is still defined as a concept - is spectacular, there's no other word for it. The profile is elongated, the hood is low and tapered, the wheels are gigantic, the rear end is plunging, in short, every line is eye-catching.

And like the Lyriq SUV, the lighting is an important part of the vehicle's exterior personality. In addition to the brand's distinctive vertical signatures, the grille is illuminated, punctuated by a centrally located Cadillac logo, also illuminated. The treatment is similar at the rear, and it extends noticeably to the sides. It's hard not to stare. 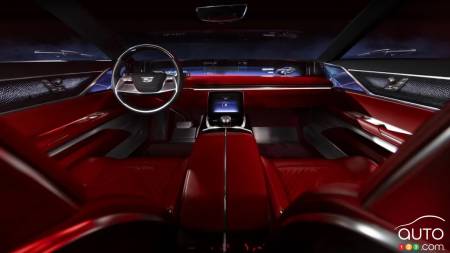 Inside, the sleekness of the design is perhaps just as striking, as is the presence of numerous screens. The highlight is definitely the LED unit that spans 55 inches on the dashboard; it features "electronic digital blinds" that allow the passenger to watch videos without distracting the driver. Additional screens are located behind each of the front headrests, controlled via two additional touchscreen controllers between the front and rear seats. The backlit door panels are similar to those of the Lyriq SUV.

As for power and capabilities, more information will be available later, along, with, at some point, details regarding pricing. We do already know that it will be very high – the carmaker has dutifully prepared consumers for that - and that the production run will be limited, because the model will be truly hand-assembled. 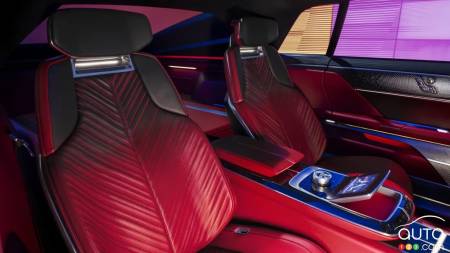 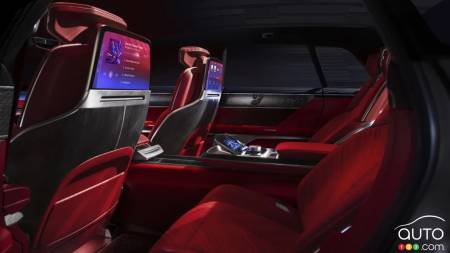 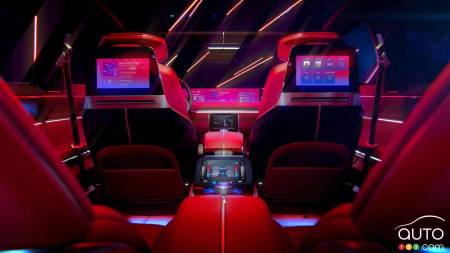 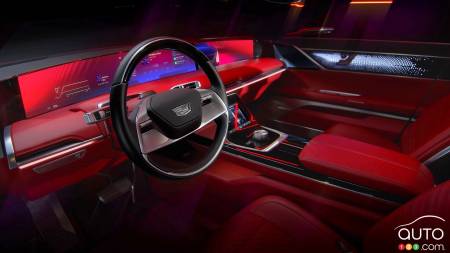 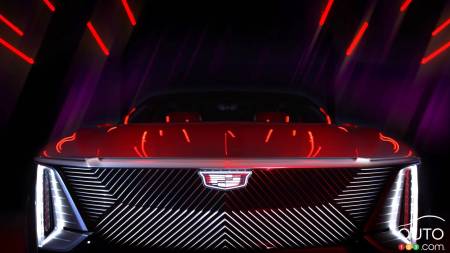 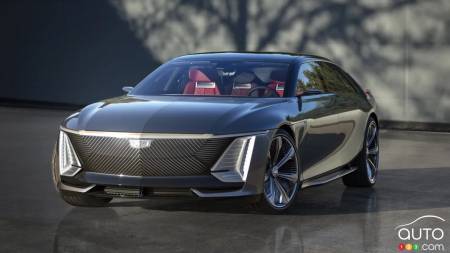 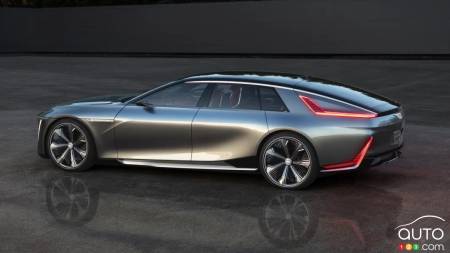