Chase Pelletier, a student from University Ontario Institute Technology (UOIT) in Oshawa, is the 2018 Canadian winner of the INFINITI Engineering Academy, now in its fifth year. The announcement was at Montreal’s Circuit Gilles-Villeneuve ahead of this weekend's Formula 1 Grand Prix race.

The 22-year-old from Brampton, Ontario, was selected from thousands of applications and outperformed nine other finalists to win the Canadian edition of the contest. He secured the opportunity to work in the automotive and Formula One fields with INFINITI and the Renault Sport Formula One Team for the next 12 months.

Carlos Sainz, driver for the Renault Sport Formula One team, was on hand for the announcement of the winner of the 2018 competition.

The INFINITI Engineering Academy is a reflection of INFINITI's global search for bright engineering talent to work across automotive and Formula One.

The final event of the competition featured numerous tests, including an engineering exam, one-on-one interviews with the judges, a dragster car build, challenges especially designed for the occasion by a team from Harvard University and by the Renault Sport Formula One Team and a Q&A session where journalists from different industries evaluated his communication skills.

Chase Pelletier will head for the U.K. in January 2019, and he will be provided with a competitive salary, an INFINITI company car, travel and accommodations for one year. The automotive engineering student will spend six months working at the Renault Formula One team's Technical Center in Enstone and six months at INFINITI's European Technical Center in Cranfield. He will play a key role in the ongoing transfer of technical knowledge and expertise between the Renault Sport Formula One team and INFINITI.

You'll recall that the winner of the 2017 INFINITI Engineering Academy was another young engineering student from Ontario, Matthew Crossan, who hails from London, ON. 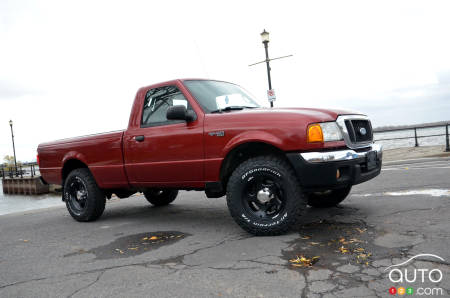 A world-class springboard for talented engineering students, the Infiniti Engineering Academy each year chooses seven top students to intern in F1 and with F...

You Could Win a Pontiac Trans Am Autographed by Burt Reyn...

A Pontiac Trans Am autographed by Burt Reynolds is being offered as part of a contest. The model, an actual Trans Am from the era, has been made a perfect re...