Consumer Reports puts together a ranking every year of the different automotive brands and how they perform in terms of quality, owner satisfaction, etc. We looked at the companies that came out on top for 2018, and now we shine a light on those that dwell at the bottom end of the scale. Well, someone has to come in last!

These companies have work to do if they want to climb the rankings next year, and even more importantly earn the confidence of consumers.

Among the criteria Consumer Reports uses to determine its rankings are two important elements: vehicle reliability and driver satisfaction levels. The magazine also takes into account a crucial element often overlooked in such endeavours, that of the quality of the overall product offering a manufacturer offers. While every company is perfectly capable of designing and building an excellent vehicle, the challenge is to ensure that quality is maintained across the vehicle roster. There’s no doubt that each of these companies produces some fine vehicles, but it’s also clear each also has to pull up its sleeves to ensure quality is spread throughout its product line.

Make a ranking, and of course someone has to finish last, there’s no way around it. And that would be Fiat, which has actually occupied that position for a few years now. Its performance in terms of reliability has been atrocious, and owner satisfaction ratings have bene only marginally better. On Consumer Reports’ scale out of five, Fiat earns a two…with no one below it. Truly, nowhere to go but up…

The second-to-last spot goes to Jeep, another banner of the FCA (Fiat-Chrysler Automobiles) Group. In its case, owner satisfaction ranks in the middle of the pack among manufacturers, but the automaker is dragged down by questions over reliability.

Ranking above them are two brands with serious reliability issues of their own: Land Rover and Alfa Romeo. In the case of the latter, the fact it offers so few models in its lineup may be skewing its results. Add another model that performs well, and the company could climb a number of spots next year. Consumer Reports actually calculates an average based on the number of a manufacturer’s vehicles that are test driven.

The next poorest performer among car brands in 2018, in the view of Consumer Reports, is Mitsubishi. While its reliability is actually quite excellent, owner satisfaction ratings for the company’s models are mediocre. 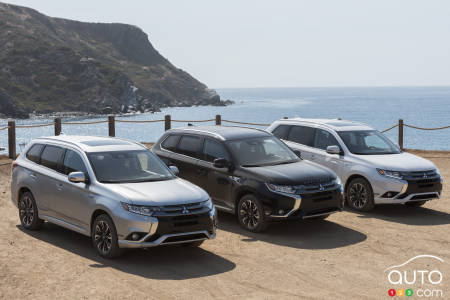 Positions 6 to 10 on the mediocrity scale of companies that need to up their game are held by, in order, Jaguar, GMC, Dodge, RAM and MINI.
Above them is the main peloton of middle-ranked brands, those that do things well but could stand with improving things here and there. Good but not great, let’s call them. Starting in 11th place, we find, in order, Chrysler, Hyundai, Mazda, INFINITI, Mercedes-Benz, Volkswagen, Lincoln, Volvo, Buick, Ford, Nissan, Acura, Chevrolet and Cadillac.

Of course, no one is claiming that Consumer Report has the definitive say on quality and reliability. But this list is nonetheless useful to get a general picture of the current state of the industry and its players.

The Top 25 New Models Coming Soon, According to Car and D...

Car and Driver magazine's recent Top 25 list of models due to appear on the horizon in the near future contains an intriguing mix of sport, utility and elect...