The race to deliver ever-longer range for EV continues apace in the industry. Early on in the EV era, the standard striven for was 200 km; then it was 400, then 600, then 800. For some time now, the figure of 1000 km has been bandied about as the holy grail. And that magic number might just be the one that cures range anxiety once and for all.

This week, CATL (Contemporary Amperex Technology Co Ltd.) unveiled a new-generation battery for electric cars that it claims offers a range of just over 1,000 kilometers per charge. CATL claims that the Qilin, as it’s called, is 13-percent more powerful than the next-gen battery Tesla is currently working on.

For those not familiar with CATL, it is the largest manufacturer of batteries for electric vehicles in the world. The company says it will start manufacturing its new generation of batteries next year, and promises it will be safer, more durable and faster to recharge in addition to permitting longer ranges. In concrete terms, it claims recovery of from 10 to 80 percent of full battery charge in only 10 minutes. 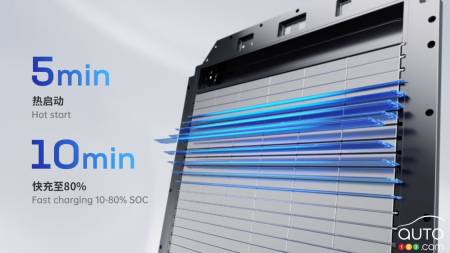 The battery, named after an animal from Chinese mythology, has an energy density of up to 255 watt-hours per kilogram, according to CATL.

“It’s an important advancement for CATL as it keeps them at the forefront on the innovation side. Being the lowest cost provider isn’t enough to command loyalty, there needs to be more to it -- and that seems to be the Qilin battery for CATL”

On the announcement, CATL's shares climbed 5.9 percent on the Shenzhen Stock Exchange, closing at their highest level since Feb. 9.

We’ll see if CATL delivers on the promises made with this announcement, but even if it's not CATL, some other manufacturer will eventually break the barrier to permit 1,000 km ranges from its EV batteries.

CATL says its Qilin battery will be commercially available starting in 2023.

Ford Has Enough Battery Supply to Produce 600,000 EVs a Year

Ford says the signed agreements it has in place are enough for it to be able to produce 600,000 electric vehicles per year, and this by the end of 2023. The ...

VinFast Wants to Have Solid-State Batteries in its Vehicl...

Vietnamese carmaker VinFast announces an agreement with ProLogium, via which it plans to include solid-state batteries in its vehicles as early as 2024. Thos...

An EV Battery Shortage Is Possible as Soon as 2025, Warns...

According to Stellantis boss Carlos Tavares, an EV battery shortage is a strong possibility by 2025. The executive also warned that extracting the materials ...