It's always fun to look at the last 12 months of sales figures in the automotive industry at the end of a year. It allows us to see which models are doing better than others, but also to discover some oddities. Take zombie cars, for instance. Those are models that are not officially on the market anymore, but which continue to rack up sales as dealers clear the last of them from their inventories.

Two of these zombie models carrying the Chevrolet bow-tie badge figure on the 2021 sales chart: the Impala and the Sonic.

In all, 750 units of the Impala found takers in the 2021 calendar year, which is quite incredible considering that the last copy of the model was built on February 27, 2020, almost two years ago. Obviously, the units sold in the past year were those left lying dormant at the dealerships. What’s more, it’s clear that stocks have gradually been dwindling - the closer we got to the year 2022, the fewer of them sold. Only nine models were sold in the last quarter of 2021. 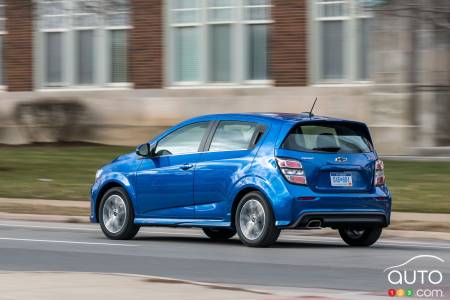 As for the Sonic, it proved even more popular with consumers, with 1,581 sales registered in 2021. Chevrolet stopped producing the model on October 19, 2020, making it a less-obsolete product. Still, we saw the same trend towards the end of this year – in the last three months of 2021, only 18 units were bought.

One factor that may have helped these zombie models show up on the sales radar in 2021 is the microchip shortage. As dealers dealt with greatly reduced vehicle inventories, it was a good time for them to put models like the Malibu and Sonic out front if they had them. Note as well that both of the Chevys are cars, and that a small but significant percentage of motorists still want nothing to do with SUVs. Which makes affordable cars – even zombies - that much more attractive when they can be found.

In the case of both models, we’ll likely see them rack up a few more sales in 2022, but we’re talking about the last few drops dripping out of the spigot of a dry well.

Speaking of dry taps, there are also some wackier cases when it comes to the 'zombie' car phenomenon. For example, in the huge U.S. market, Dodge sold four new Vipers and 10 new Darts in 2021; and only one buyer purchased a new Infiniti QX30 in the year just ended. The craziest example, however, is the one unit of the FJ Cruiser that Toyota sold in 2020. Why crazy? Because that model was discontinued in the U.S. in... 2015.