Consumers’ taste for bigger and faster vehicles shows no sign of abating, even as the transition to EVs picks up pace Automotive columnist: Auto123.com , Updated: 2023-01-04

•    Automakers are well aware of this and are conceiving their new generation of all-electric SUVs and pickups to meet that wish.

•    But those EVs are heavier, bigger and much faster than their predecessors, which raises safety and environmental questions.

A thought-provoking new opinion piece in American news outlet The Atlantic raises important questions regarding the new and upcoming generation of large BEVs automakers are developing, or have already launched onto the North American market.

It’s no secret that North American consumers, particularly south of the border, have shown a distinct interest in having vehicles that are bigger and faster. The switch to electric powertrains does nothing to change that, and in fact U.S. automaker have gone out of their way to market new large BEVs like the Ford F-150 Lightning to appeal to those consumers.

But pickups and SUVs keep getting, well, larger (by 32 percent and 7 percent, respectively, from 1990 to 2021). Also heavier, due to increased size but even more so because of the inclusion of large battery packs needed to move those heavy vehicles, and to reduce range anxiety among would-be buyers.

David Zipper, Visiting Fellow at the Harvard Kennedy School's Taubman Center for State and Local Government, asks in his thought-provoking new piece whether this new crop of big, heavy EVs actually represents an improvement or a step back, in terms of their environmental impact but also in terms of safety – especially the safety of pedestrians, cyclists and other drivers (of smaller vehicles) on the road.

Pedestrian deaths resulting from collisions with vehicles reached a 40-year high in the United States in 2021.

Weight, size and visibility issues are being exacerbated by the tremendous accelerations offered by EVs and their instantly available torque.

A 2018 IIHS study found that hybrid vehicles, which can accelerate more quickly than gas-powered cars, were 10-percent more likely to injure a pedestrian than their gas-powered equivalents. 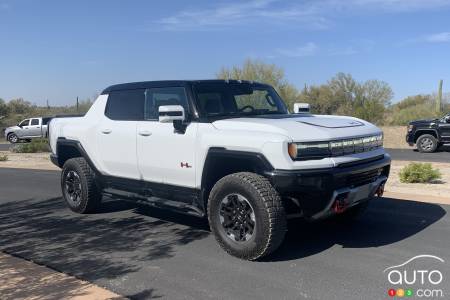 Appealing to buyers to purchase vehicles that are safer not just for themselves but for others on the road is unlikely to sway many of them, David Zipper points out. But perhaps they would be more receptive to another argument in favour of “downsizing”. Environmentally, there are costs to building and driving a large, heavy BEV. When you factor in the materials and electricity needed to build and charge a large EV (considerably more than for a small electric car), you get realities like this:

According to the American Council for an Energy-Efficient Economy, the 9,063-lb GMC Hummer EV (with a battery pack weighing as much as a Honda Civic) produces more emissions per mile than a gas-powered Chevrolet Malibu.

Zipper ends with a plea for government policies and incentives that discourage purchase of large electric vehicles (current U.S. incentives mean electric SUVs costing as much as $88,000 USD are eligible for a discount) and encourage a movement towards more responsible EVs, including e-bikes and even e-golf carts, not to mention public transportation. 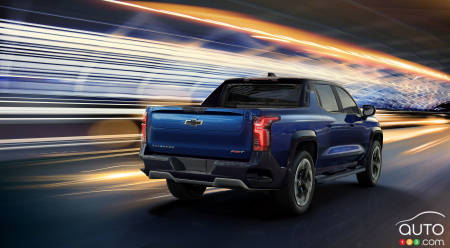 A First Look at the GMC Hummer SUV

At a GM marketing presentation last week, the company seems to have given a peek preview of the GMC Hummer SUV version. Unsurprisingly, the Hummer utility mo...

Auto123 headed to Michigan to get a close look and an introduction to the future GMC Sierra EV. The electric truck will make its debut in the U.S. by 2024, t...