Like a number of other automakers, Ford has already outlined and begun a major commitment to electrification. This week the company provided more details about its strategy, at least informally via an internal source who spoke with media outlet Automotive News.

We now know that Ford intends to introduce 16 electrified vehicles by the end of 2023, and that two of them will be SUVs similar to the Ford Edge and the Lincoln Nautilus. Known by the code names CDX746 and CDX747, the two new models will be built at the company’s Flat Rock plant and should hit the market in 2023. The automaker is aiming for annual production of 65,000 units.

The new Ford SUV is not the one that the company is already developing that will be inspired by the Mustang. That model is scheduled for a debut next year as a 2021 model. Neither the Ford nor Lincoln SUV is the much-talked-about collaborative project in the works with independent EV maker Rivian. 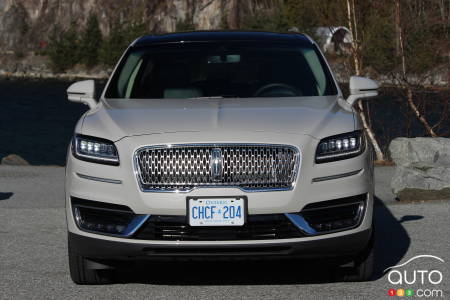 Alongside these projects, there’s of course the all-electric variant of the F-150 that’s said to be in the works as well. In its case, there’s no word on when it will be ready, but prototypes are currently being tested.

This past March, Ford said that it will transform its Flat Rock plant south of Detroit into a central hub for its electric and self-driving vehicles to come. The products assembled there will be built on a new modular platform.

At present the Lincoln Continental is built at the plant, but that is scheduled to end in the last months of 2021, according to Automotive News. Production of that luxury car will be transferred to a plant in China.

Lincoln could be putting out an electric SUV model built on the same platform that Ford is using for its planned Mustang-derived utility EV. The luxury divis...