Those who can remember the 80s might recall that alongside the very popular Dodge Caravan, Plymouth sold a close cousin called the Voyager. This minivan stayed in the Plymouth catalogue until the company’s demise in 2000. Between 2001 and 2003, the Voyage name was affixed to the high-end minivan produced by Chrysler.

Now Chrysler is set to bring back the Voyager name for next year. But it won’t be used to designate an all-new model, nor does it mean the automaker intends to resurrect the Plymouth brand. Rather, Chrysler will rechristen the two base versions of its minivan. The Pacifica L and LX will become the Voyager L and LX, reviving a name that first appeared on a vehicle produced by the company back in 1974.

The Voyager L will come with standard cloth seating, a second-row bench and a 7-inch touchscreen to access the Uconnect multimedia system. The LX variant will feature captain’s chairs for the second row. But neither will be equipped with Chrysler’s Stow ‘n’ Go second-row seats – those will be reserved for the Pacifica.

A safety package featuring parking sensors and blind spot alert will be included standard. I the U.S., where the model is expected next year, a cold-weather package will also be offered, that will incorporate heated front seats and steering wheel. In Canada, for which the voyager name has also been confirmed, no official mention has been made regarding the 2020 model-year. We’ll have to wait and see if our timeline will be the same as south of the border. 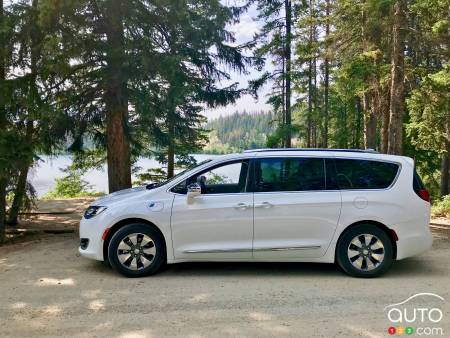 Under the hood, the Voyager will get the same 3.6L Pentastar V6 engine delivering 287 hp, with power sent to the front wheels via a 9-speed automatic transmission.

In addition, Chrysler will produce a version destined exclusively for vehicle fleets. The Voyager LXi will be fitted with seats covered in more-durable vinyl, as well as the Stow ‘n’ Go system, roof rails, rear sunscreens and remote starter.

A Chrysler representatives took pains, moreover, to confirm that despite the return of the Voyager, the Grand Caravan will continue to be produced.

The Chrysler Voyager will be offered for sale as of this fall in the United States. We will of course share you with full information regarding the Canadian market as soon as it’s available. 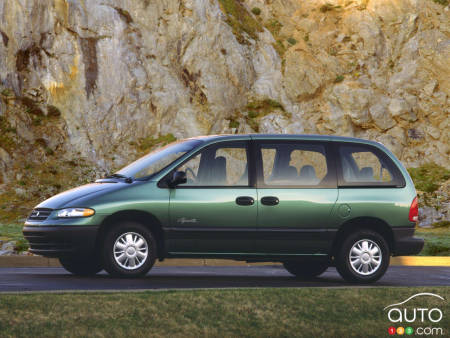