In 2022, the majority of models offered by la Scuderia will run on a hybrid powertrain. The late Ferrari boss Sergio Marchionne had promised a significant change of direction in regards to the architectures of the company’s models during the 2020s. We now more about what that change of direction entails.

This week Ferrari revealed more details about what consumers can expect in the coming years; as promised by Sergio Marchionne, the changes will be substantial.

Concretely, the company is saying that by 2022 60% of its models will feature hybrid engine systems. Confirmation was provided by Ferrari boss, Louis Camilleri. The executive justified the move by citing new government-legislated standards, but also increasing demand among Ferrari’s clientele for more environmentally responsible products. 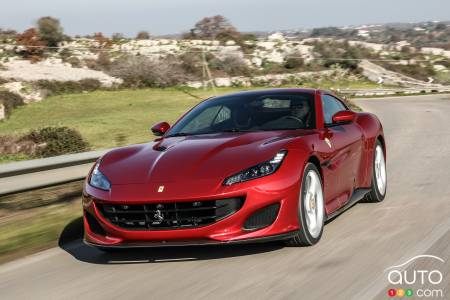 The obvious challenge for the company in undertaking this transformation will be to preserve the unique spirit of the Ferrari automobile when being driven.

And if there’s one brand that is defined by its thunderous mechanics, it’s Ferrari. Which means it’s extremely unlikely that we’ll ever see an all-electric lineup of Ferraris. The seductiveness of the brand’s cars is due in good part to the sound they produce.

On the other hand, hybrid technology seems an inevitability. The Italian automaker has in fact already ventured into that domain with its LaFerrari andFXX K models.

And then of course there’s the experience in the technology gained in recent years by the company in Formula One.

We’ve said it before but it bears repeating. By 2025, the automotive universe will be unrecognizable in comparison to what we see today.

You could call it a revolution. Might as well embrace it and go along for the ride!

Secret Agent 007 James Bond will drive an electric car in the next film of the popular series. The Aston Martin Rapide E will be a strictly limited edition w...