Slowly, Volkswagen's ID division is starting to take shape. We've seen a lot of concepts being presented and we already have two vehicles coming to market, the European-only ID.3 and the ID.4, which will be sold in North America.

And now we're about to see the ID.6 SUV, more specifically at the upcoming Shanghai Auto Show that Volkswagen will attend to present its newcomer. Yes, a car show - who would have thought?

In fact, Volkswagen will present two variants of the model there: the ID.6 X and ID.6 Crozz. The manufacturer has published on its official account on Chinese website Weibo two dark images that provide a glimpse of the models.

As its name suggests, the ID.6 is bigger than the ID.4, but it shares that model’s modular architecture, the MEB platform. However, it is conceived to accommodate seven occupants thanks to a three-row seating configuration. Volkswagen's sketches show slightly different signatures for the two models to differentiate them. The full design remains a secret for now, but patent images released in February 2021 have already given us an idea of what to expect.

Also, let's remember that Volkswagen had given a glimpse of the ID.6 with its ID.Roomzz concept that was unveiled in Shanghai, in 2019; there’s definite continuity between that prototype and the model being shown in China. Of course, the design has been toned down for production and the sliding doors were left behind on the drawing board. 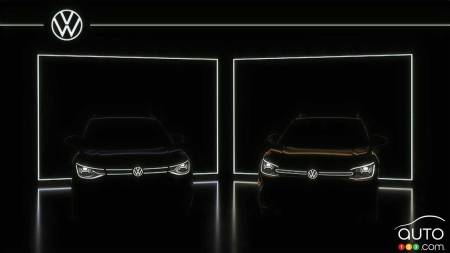 Otherwise, the overall silhouette and some of the design details (like the curved sheet metal) remain, as does the unusually short front overhang, a feature made possible by the presence of an electric powertrain. Inside, the ID.6 will likely share many technological components with the ID.4, including its digital instrument panel and multimedia system.

The ID.6 will be powered by a 201-hp electric motor mounted on the rear axle in the standard configuration. We can guess that the all-wheel drive will be offered with a two-motor configuration, as with the ID.4 (in which the powertrain delivers 302 hp). We'll have to wait for confirmation of this.

Finally, it's worth noting that while both ID.6 models were developed for the Chinese market, the Volkswagen group has already told Automotive News that one of them is likely to be offered in North America. We will of course follow the situation closely.

The Shanghai Auto Show is scheduled to get underway in the third week of April (21 to 28). 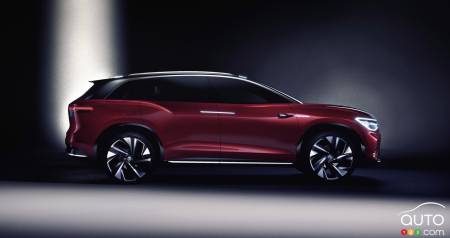 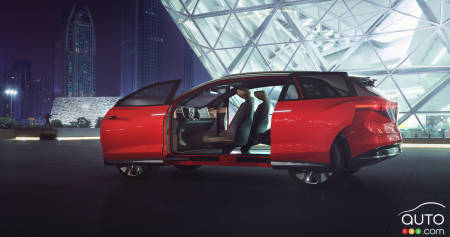 Volkswagen Teases First Image of the Next Golf R

Volkswagen has teased the next Golf R with a first image showing the rear end of the model. The next-generation VW Golf R will be fully revealed this Wednesd...

2021 Volkswagen Golf R to Be Unveiled on November 4th

Volkswagen will unveil the next version of the Golf R on November 4th. Since the regular Golf is disappearing, consumers will have the choice between the R a...