It's been a poorly kept secret for the past few weeks, what with camouflaged test versions being spotted here and there. However, without confirmation, the arrival of a Raptor version of the new Ford Bronco was still just speculation. Ford has now confirmed it is on the way.

Unfortunately, we don't know much more about it, at least officially.

The text accompanying the teaser video explains that “Ford Performance is excited to share a sneak peek of one of the Bronco special edition vehicles that will be available in 2022. More details will be shared later.”

On the video sequence, we can clearly see that with the Raptor’s grille, Ford is following a formula it already applies to its existing models designed for off-road driving. The yellow parking lights are clearly visible. 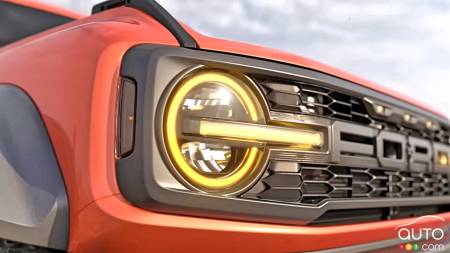 At six seconds into the video, the Bronco Raptor's snout and grille can be seen, with a cloud of dust hiding the vehicle. However, if you pause the video at the right moment, you can see huge fender flares, suggesting even more massive wheels on this version.

According to unconfirmed information circulating online, the Bronco Raptor will only be offered in a four-door version. It will be available with a package that adds luxury elements to the base package. We also know now about the orange colour scheme and it’s safe to say the variant will deliver outsized capabilities. Beyond that, however, we'll have to be patient and wait for the actual unveiling of Bronco Raptor. 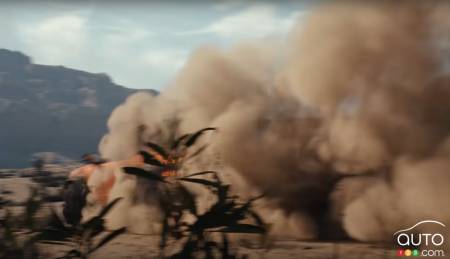 New images of a partially camouflaged version of the future Ford Bronco Raptor are now online, courtesy the Bronco Nation website. The new variant features a...