In the coming weeks the final version of the Ford Bronco will finally be revealed. Auto123 will be in Detroit next week to attend a technical presentation regarding the return of the much-anticipated SUV nameplate.

In addition to the Bronco, we’ve also been awaiting the little Bronco (also known as the Baby Bronco). On Monday, images of the latter began to circulate online. This model will enter the sub-compact SUV segment and finally allow Ford to offer a compelling choice (we can set aside the poor EcoSport), and its debut has been as hotly anticipated as the Bronco’s.

The photos are courtesy of BroncoSportForum.com and seem to show a fairly upscale model, probably the kind of version Ford will want to show off during the premiere presentation of the vehicle. Up until now, all that had surfaced were snippets and spy shots of the vehicle in camouflage. Now we get to see it fully undisguised.

While the model generally mimics the proportions and shape of the Jeep Renegade, it seems to present itself as a more complete player than that model. The Bronco Sport appears to take inspiration from more-upscale offerings of the kind found at Land Rover. 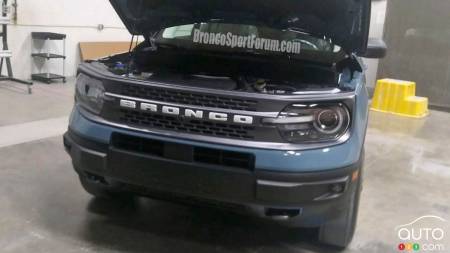 This particular model has blackened pillars from front to back and sporty body-colour rocker panels and wheel arches, which is fashionable with many new SUVs.

We could extrapolate a lot about the styling, but we'll let you take advantage of these first images to get an idea of it. We’ll know a lot more in the coming weeks and months, with an official presentation coming up and an announcement of the equipment that will be included in each of the several variants of the model.

Ford is planning to present the Bronco Sport at the New York International Auto Show in April, provided that it takes place, given the spreading coronavirus crisis. Meantime, we await first full images of the Ford Bronco itself. 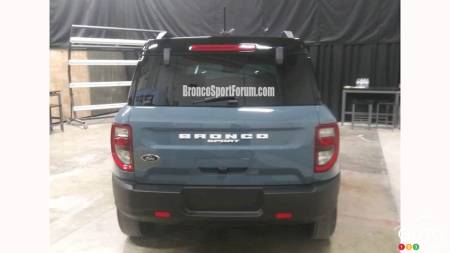