The war started by the Russians in Ukraine is already in its third month and while some media start to talk less about it, the situation on the ground is not getting any easier for the civilians.

We can only hope for a quick end to the conflict. However, let's leave the political side of things to the experts and focus on the gestures made by two American manufacturers in recent weeks, namely the donation of vehicles to Ukraine.

For its part, Ford has provided 50 Ranger pickup trucks, which will be used for various humanitarian tasks.

Ford boss Jim Farley said on his Twitter account on Thursday: “As part of our efforts to support the Ukrainian people, we donated 50 Ford Rangers. Proud of the hard work of our Ford team & partners at Maersk for making this happen. I can confirm the last of the trucks arrived this week & are being put to work!” 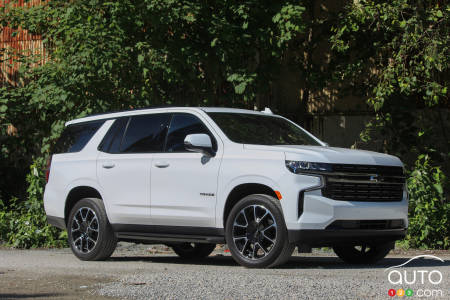 GM and Ford said they have partnered with shipping company Maersk to deliver the vehicles.

In addition, GM donated $250,000 to support humanitarian aid in the region and also matched U.S. employee contributions of up to $50,000 to nonprofit organizations. GM Canada also conducted a matching program for employee donations of up to $20,000 to non-profits.

For its part, Ford has already announced a $100,000 donation to the Global Giving Ukraine Relief Fund for humanitarian aid to assist Ukrainian citizens and families who have been displaced due to the conflict.

The automaker also said it is suspending operations of its joint venture in Russia until further notice. Ford said last week during its quarterly earnings call that the war in Ukraine has had “limited direct effect” on its supply chain. However, it warned that the situation could worsen over the long term in Eastern Europe if the conflict continues.