Starting with that earth-shattering – OK, industry-shaking – announcement a few years back regarding its pullout from the sedan market, it’s been quite a ride for Ford in North America. The company met with considerable flack for affixing the Mustang name to its first all-electric crossover, which has sold remarkably well for all that. It has also revived the Bronco name and successfully introduced the small Maverick truck (less of a gamble, that one) and the large, but most importantly all-electric, F-150 Lightning pickup.

Overall, sales are up for the auto giant, and stocks have risen alongside them. According to the Wall Street Journal, sales rose 36.6 percent this past July.

Concurrently, though, the automaker has also had to deal with a series of quality issues on its new products that have led to recalls. As per the Wall Street Journal, the company had to absorb $4 billion in warranty costs last year due to the recalls that have hit new and freshly revised models ranging from the Explorer to the Bronco to the Mach-E. That represents an increase of 76 percent compared to five years earlier.

This year is scarcely better, with the company having issued no fewer than 46 separate recalls in 2022 to date, affecting 6.8 million vehicles. While Tesla, GM and Stellantis, in comparison, have had their own issues with recalls, their totals are far below those of Ford. Declared Josh Halliburton, brought in by Ford as its new executive director of quality this past January, “That’s not good enough. We want to be quality leader.”

The task ahead for Halliburton and company is a daunting one. The Wall Street Journal didn’t pull any punches, riffing on the old Ford slogan “Quality is Job 1” in the title of its report: “At Ford, Quality Is now Problem 1.” 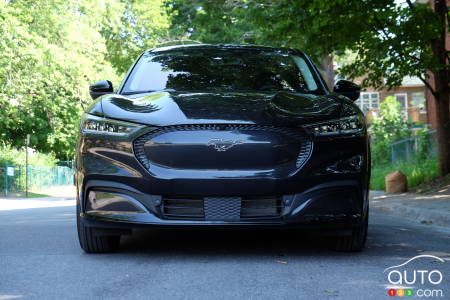 Ford announced a new recall, this time of three hybrid models, including its Maverick and Escape models and the Lincoln Corsair, due to a risk of fire in the...

Ford has announced it’s found the fix to the fire-risk problem that led to a recall back in May of the Expedition and Navigator models. There’s a bit of a cl...

Ford is recalling its Mach-E electric crossover due to a power-loss issue, for which there is as yet no fix. The company has also ordered dealers to stop sal...