The government of France confirmed yesterday that it is moving ahead with creating legislation based on a plan first floated in 2017, that of banning the sale of gasoline- and diesel-engine vehicles by 2040.

The announcement comes two years after the idea was presented on the public stage by then-Minister of the Environment Nicolas Hulot in July of 2017. For the past two years, it was uncertain what was to become of Hulot’s suggestion, especially since the minister resigned from his post in the Macron government in September 2018 over its lack of commitment to environmental issues.

It appears Hulot’s presence was not required for the idea to move forward.

"Since the start of Emmanuel Macron's term, our target is the climate plan that Nicolas Hulot announced in the summer of 2017. We will now inscribe this target into law.”

The proposed legislation is currently being debated in the French parliament, which expects to ratify before the end of this summer. The French government has promised assistance to the country’s automakers Renault and PSA (Peugeot Société Anonyme) to help with transitioning from gasoline and diesel to vehicles powered by other energy sources like electricity and hydrogen.

While the coming legislation will take effect an ocean away from our market, it is certain to be imitated in other countries and jurisdictions, and it is inevitable that sooner or later the debate will make its way to North America. 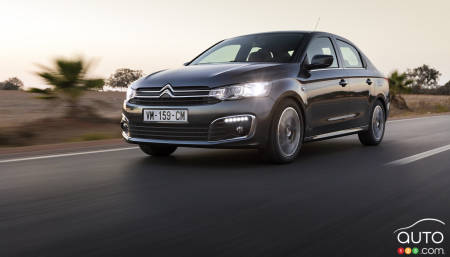 Subaru will unveil the Forester 2.0D and the Impreza 2.0D, both equipped with a new diesel engine, at the 2008 Mondial de l'Automobile de Paris, which will b...

FCA is issuing a recall of diesel-powered Ram trucks from the 2014-2019 model-years. The problem behind the recall involves a possible leak of cooling fluids...

A V6 Engine for the Next Ford Ranger?

Ford is already hard at work on the next generation of the Ford Ranger, and new rumours are indicating the automaker is testing out two V6 engines – one of t...