When Hyundai's luxury brand, Genesis, was launched a few years ago, the first model it offered was the G90 sedan. From the time it was joined by others, however, it has never been the brand’s best-selling model - and it never will be. But as always with luxury marques, the big sedan represents the company's flagship model, showcasing the ultimate in refinement. Concrete proof that the company can compete with the best in the industry.

The model's styling has been updated over the years, but now it's getting time for Genesis to introduce a second-generation G90. The Korean automaker has just set the table with some exterior photos of the model.

The first thing you notice is the harmonization of the lines with what’s presented with the most recent new and updated products in the lineup. That signature is successful elsewhere, and it suits the big G90 sedan as well.

We note that the model seems to sit closer to the ground and be wider than the current version. The car’s nose, meanwhile, is quite imposing. As you’d expect, the headlights are split and don't just stretch to the doorways but continue to the door, assimilating – and hiding - the turn signals. The hood is also very clean in style, so much so that you wonder where the dividers are that allow it to be raised. 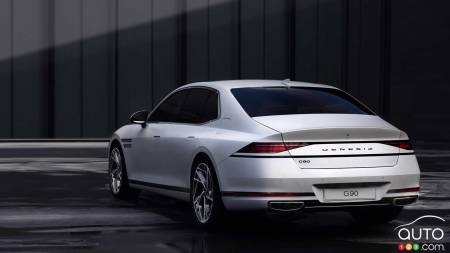 At the rear, the signature is very different from what we know, but still quite attractive. The look is inspired by the Hyundai Elantra and Sonata, among others, but with a line that remains unique to Genesis.

Unfortunately, we don't have any images of the interior or information about what will be inside, or under the hood. We can expect the current 5.0L V8 engine to return, but we'll have to see if Genesis plans to add any other type of powertrain to the car, including something electrified.

More details about the model will be announced later. In the meantime, we'll let you admire the photos shared by the manufacturer. 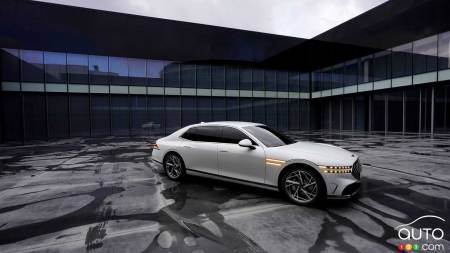 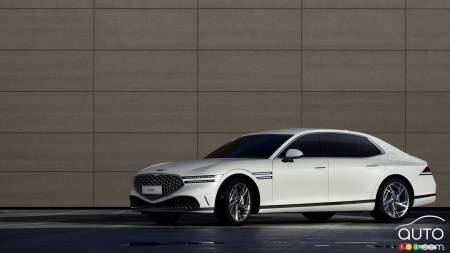 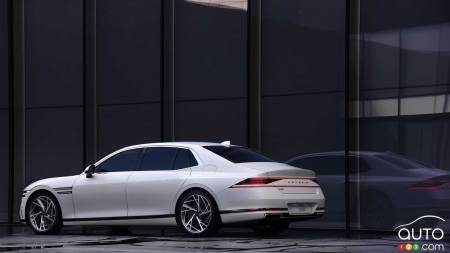 Mazda's Vision Study Model Concept: A Glimpse at a Future...

Mazda has teased a new design study called the Vision Study Model. The concept gives us a good idea of the look of a possible all-electric MX-5. Mazda previe...