Here’s an original bit of news to start the week: a petition is up on the Change.org website that asks people to vote for naming the Chevrolet Suburban the official vehicle of the state of Texas. Who’s behind the petition? General Motors, of course, and it’s not that hard to see why. Read on.

The petition actually references a quote from an article published in Texas Monthly back in 1986, to the effect that the Suburban was in fact the de facto official vehicle of Texas. GM has given a few reasons for the current initiative.

"Today, there are more than 200,000 Suburbans on the road in Texas and a Suburban is sold approximately every 90 minutes in the state. Additionally, Texas Chevrolet dealers account for five of the top 10 Chevrolet Suburban dealers in the U.S. In 2018, Texans bought more Suburbans than the smallest 25 states, combined!" 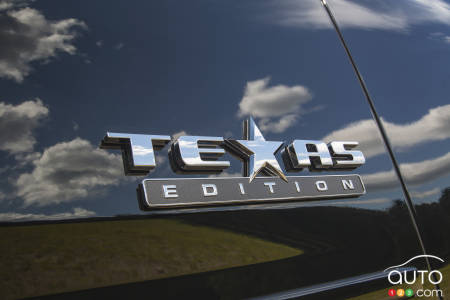 If you’ve ever set foot in Texas, you’ll know what a ubiquitous presence Suburbans are on its roads, as much as Ford Expeditions and other similar trucks. Conversely, cars are almost a rarity. So GM’s gesture is not a surprise, really. Plus, you might have guessed, there are other reasons why this petition is up and running now. Namely, it happens to conveniently draw attention to a model whose next generation is due to be presented next month. And the new edition clearly will sell far more units in Texas than anywhere else.

The new Suburban will, by the way, be manufactured solely at the GM plant in Arlington, Texas, close to Dallas.

In case you were wondering, as of Sunday night 402 people had signed GM’s petition.

The Hummer name’s return to be confirmed during Super Bowl

The return of the Hummer name within the GM family will be made official during the next Super Bowl. Rumours are pointing to the name being used to designate...