This may come as news to some in its own right, but General Motors (GM) still offers the Chevrolet Express and GMC Savana vans. While several competing automakers are now selling more modern vans, GM has stuck with its models that were launched in the mid-90s.

That looks like it’s, inevitably, coming to an end.  The oldest commercial vans on the market are set to be retired after the 2025 model-year, according to an Autoweek report, to make way for newer, all-electric models. We can guess the pipeline for that includes a van from the new BrigthDrop division, built on the Ultium platform that is now starting to be used for the American auto giant’s non-luxury products.

GM hasn't announced anything about what's next or even confirmed its intention to axe the two existing vans, but considering the electric shift underway and the age of those vans, it's easy to imagine that the scenario announced by Autoweek is close to reality. 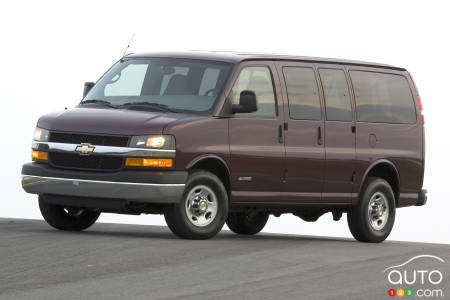 It will be interesting to see what GM's strategy for the transition will be, as the vans that have been offered for the past 30 years remain proven and relatively affordable solutions for businesses.

One thing is certain, GM will have to act sooner rather than later, as its two main rivals in the segment, Ford and Stellantis, are very active. Ford is already marketing its E-Transit while Stellantis is planning an electric version of its ProMaster next year. GM will have the chance to design a model that takes advantage of a new, more modern platform, all after evaluating what it needs to get ahead of its competitors.

Surely, an era will come to an end when the GMC Savana and Chevrolet Express are no longer around.

A New Engine for the Chevrolet ... Express

This may come as a surprise to some, but Chevrolet’s Express van is still very much alive and well. So much so that it is even getting a new engine for the 2...