Earlier this summer, we learned that Dodge plans to launch an all-electric performance car in 2024. The name eMuscle has even been reserved in preparation for the electric shift that the performance brand within the Stellantis Group is about to make.

It was also recently revealed that Dodge plans three major announcements in 2022, and that two of those involve all-electric models. Of course, We can expect them to debut in concept form first, then as production versions in 2023 before debuting commercially the following year.

This information was obtained by the MotorTrend and Motor Authority websites, both of which conducted interviews with Dodge CEO Tim Kuniskis. During these interviews, the executive also made a statement that did not go unnoticed regarding the famous Hellcat engine that the company offers with several of its models: production of the latter will end in 2023.

The 6.2L supercharged Hemi V8 develops between 702 and 840 hp, depending on use. It has served models like the Dodge Challenger, Charger and Durango SRT Hellcat (2021 only in the latter case), as well as the Jeep Grand Cherokee Trackhawk and Dodge Challenger SRT Demon (840 hp). More recently, the Ram 1500 TRX is putting it to work, but if it ceases production in 2023, that will also be the end for the marriage with this pickup.

We knew the Hellcat mechanic was doomed. Quite honestly, it has survived longer than we originally thought. And, to be honest, while we're talking about an amazing engine, it can't be exploited on public roads roads.

Only access to a track allows for employing this kind of engine to its fullest potential.

Buyers who want to do that now have two years to go, although of course, the used and collector market will take over from there. The Hellcat engine will disappear, but we haven't heard the last of it. 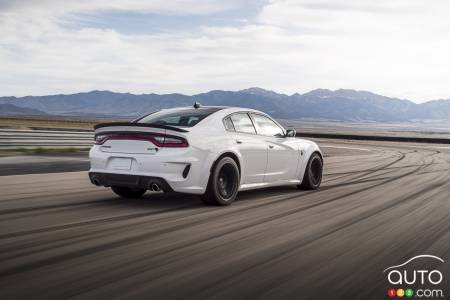 Mazda is making improvements to the mid-range engine of its CX-30 for 2023. That engine will offer a little more power, but more importantly, better fuel eco...

Dodge has presented another of the Last Call special editions it has put together for itof its Last Call series for its Charger and Challenger models. This l...