Hyundai has announced it is committing $35 billion USD towards development of new automotive technologies and autonomous drive systems. The amount will be invested between now and 2025 as part of an ambitious plan designed to make the company a global leader in the industry in the fields of self-driving cars, connectivity, electric technologies and car-sharing services.

The announcement comes shortly after another made by Hyundai and two partners conjointly with American firm Aptiv, specialized in autonomous driving systems. That deal called for a $1.6 billion investment.

The government of South Korea is a partner in the new deal just announced; it will throw in $1.43 billion USD. President Moon Jae-in stated that he expects that by 2030, half of new cars sold in the country will be self-driving. The government’s investment will be spread out from 2021 through to 2027.

"The self-driving market is a golden market to revitalize the economy and create new jobs." 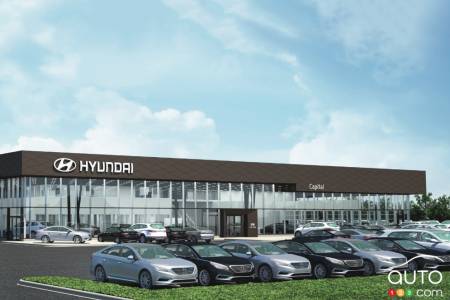 The government expects that Hyundai will launch Level 4 vehicles for fleets by 2024, and for individual consumers three years after that, in 2027.

Those are ambitious targets, to be sure. In fact many have cast doubts on the feasibility of that time frame, especially given the costs involved and the fact that South Korea is not currently a leading player in the technological field. One of those skeptics is Esther Yim of Samsung Securities. The analyst said that "Hyundai has to buy technology from someone else because it lacks software technology. Even though it has a lot of cash, this could become a financial burden if its earnings deteriorate."

Others have pointed to the great uncertainty that still surrounds the future of autonomous cars.

General Motors, for one, has intentionally slowed down the pace of its work in the field, having decided that, before truly safe self-driving vehicles can be offered to the marketplace, more time and further investments will be required than many had initially thought.

As for the South Korean government, it has committed to introducing new legislation that would provide clear rules concerning self-driving vehicles and the safety questions they raise by 2024 at the latest. There is also talk of beginning testing of flying cars by 2025; Hyundai’s goal, here again, is to become a global leader in the field.

Hyundai has announced it is going to stop selling the Kona Electric in South Korea. Considering that this is the company's home market, that’s a surprise, bu...