The car, as we know, is dying. There are ever-fewer models remaining on the market, and while until recently it was the less-popular sedans that were falling by the wayside, now the axe is starting to fall on models that were previously core models for brands.

One of the next to disappear will be the Hyundai Sonata, this according to the Korean Car Blog, which relayed a report by South Korean newspaper Chosum Ilbo to the effect that there will be no ninth-generation model for the Sonata. Citing knowledgeable sources, the newspaper claims that it is an open secret inside the company that the Sonata will disappear.

The Korean Car Blog also mentions that a senior Hyundai official has confirmed that no development is taking place on the next generation. The same is true for the suppliers.

If the model had been renewed, it would have made its debut around 2025. If the decision to pull the plug on the Sonata is confirmed, it will mark the end of an iconic models for the automaker. The Sonata sedan made its debut in South Korea in 1985 (and under the name Stellar here). 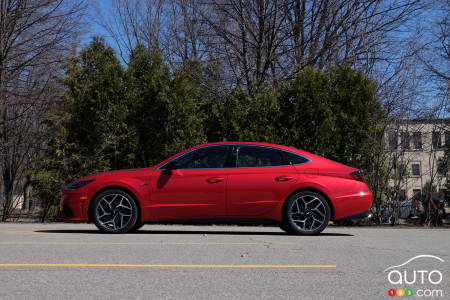 Obviously, the reason for the vehicle's withdrawal has to do with the model's declining popularity, as buyers continue to flock to SUVs. But there's also the controversial styling that apparently has not sat well even with the company’s own top management. As well, Hyundai’s electric shift will inevitably result in new models adopting new styles, new formats, new names.

An aesthetic upgrade is not out of the question if the automaker wants to give the Sonata a little boost for its last years on the market.

Again, all of this remains to be confirmed, of course. We must wait to hear it from the horse’s mouth, so to speak.

And looking further ahead, we also can’t exclude the possibility of the name returning one day on a new, electric model, because the name itself was successful and continues to resonate with consumers. 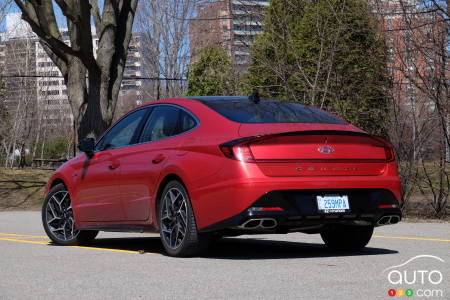 Hyundai Is Pulling the Plug on its Veloster N, According ...

Hyundai is believed to be pulling the plug on the Veloster N, perhaps as soon as next months. This is according to a report by Korean media outlet Hankyung. ...

The 2021 Hyundai Sonata N Line shows verve that you won’t find in spades in the base sedan. We may well see an even more muscular version in the future, in t...

Hyundai Canada announces pricing for 2021 Hyundai Sonata N Line, and it couldn’t be simpler: the single trim offered for the very first Sonata N Line will be...