Each time it happens, we think it's probably the last. Then comes another incredible “barn find” of classic cars, and then another. It has to end sometime, but who know when?

The latest treasure to be uncovered comes to us courtesy Artcurial.com, and it’s in France. And the use of the word "treasure" doesn’t quite do justice to the unbelievable collection of genuine automotive classics going back many decades.

And who did they belong to? Pierre Héron, a French engineer and car enthusiast since his youth. He acquired some incredible models between 1965 and 1973, and drove them all until his health no longer permitted it. Héron died last year. All but one of the vehicles in the collection are French models, the one exception being a Spanish car dating from the 1920s.

The video showing it all, shared on YouTube, gives us an interesting insight into the collection.

Also notable is the presence of several Delahaye models. The 1948 135 M Cabriolet "El Glaoui" by Figoni & Falaschi is one of only 18 cabriolet versions ever built. As for the Spanish car, it’s a 1928 Hispano-Suiza Type 49. Incredibly, that car is still original, having never been restored.

The Type 49’s value is estimated between 40,000 and 60,000 Euros by Artcurial.com, which is handling the sale of cars from this collection. As for the Talbot and the Delayahe convertible, a selling price between 150,000 and 200,000 Euros is expected for them. Note that they will also need to be restored.

There are also more affordable cars in the lot, such as half a dozen Hotchkiss-Grégoire cars that should sell for less than 10,000 Euros each. Good luck with the restoration, though.

In all, 24 extraordinary classics from the Pierre Héron collection will be auctioned by Artcurial in July 2022. 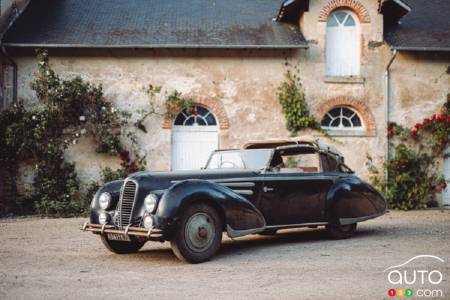 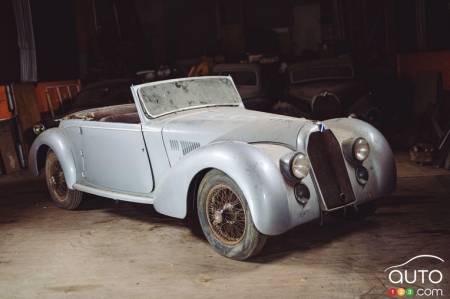