Infiniti introduced its QX60 to the world in 2013. Actually, to be precise, for its first year on the market, the SUV was referred to as the JX. That was before the company changed the nomenclature of all its models in 2014 around the letter Q.

Almost 10 years have passed since then, which is a long time to wait for a renewal of a model. Water under the bridge now, as the second generation of the model is about to make its debut with fairly revised styling, and a design that points the way to the brand's future models’ visual signature.

In a nutshell, here are the most important changes for this second generation. 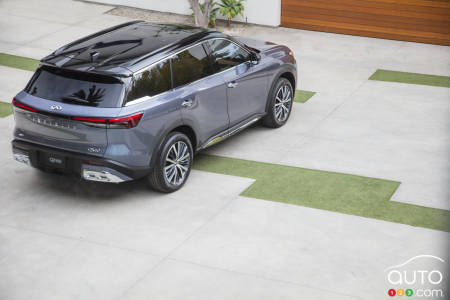 Signature
Infiniti talks about a new signature for its models and it is indeed the case here. However, this QX60’s new look is not exactly radically new. Of course, the familiar huge grille has something to do with it. However, there are some very different aspects to the headlights, as well as a very horizontal profile line, and the hood is different as well.

If there's one part of the vehicle that surprises, it's the back end. The lines, the design of the lights, the assertive character of the whole – it’s overall pretty pleasing to the eye, in our view.

As for the rest, the models’ mandate doesn't change, so we find the same dimensions and the same interior configuration with seven seats. 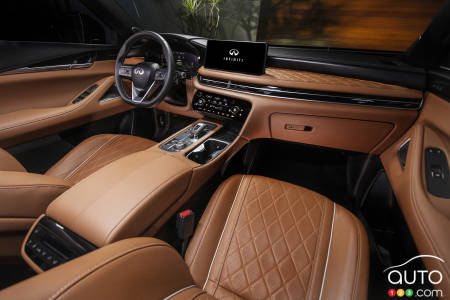 On board
Inside, the presentation has been revised. The images provided reveal a classic environment, but one done in very good taste. Even the "floating" screen, which rests on a flat section at the front of the top of the dashboard, is rather well integrated. The console also contains traditional controls, and everything seems well designed in terms of ergonomics.

Above all, the overall impression is one of refinement, quality and, yes, luxury. To that end, Infiniti points to a number of details such as the stitching and the abundance of leather inside.

Otherwise, as you might expect, there's no shortage of equipment, from safety features to driving aids to a 10.8-inch head-up display. As for the screens (multimedia and in front of the driver), both are 12.3 inches. Surprisingly, the connection will be wireless to the Apple CarPlay app, but you'll still need to use its cable for Android Auto. A formality, we’re told, that can eventually be corrected.

The model also retains its rear seats capable of accommodating a child seat while still being reclinable towards the front so leave enough room to access the third row. As for the front seats, they now benefit from Nissan's celebrated zero gravity technology.

The engine
At the heart of the new QX60 is a 3.5L V6 engine that announces a capacity of 295 hp and works in conjunction with a 9-speed automatic transmission, much like the new Nissan Pathfinder. This is a major philosophical break for the manufacturer, which normally swears by the continuously variable transmission (CVT) for its compact SUV. This time, the company is facing the music and explains that it responded to customer demand for greater towing capacity, which the new mechanical combination allows. The limit is therefore increased from 5,000 to 6,000 lb.

All models will, of course, benefit from all-wheel drive, a fairly revised unit that the company promises will be even more efficient and responsive. Another element that has been reworked is the ProPilot semi-autonomous driving system. It promises to be more convincing and more autonomous, thanks to a link with the navigation system. 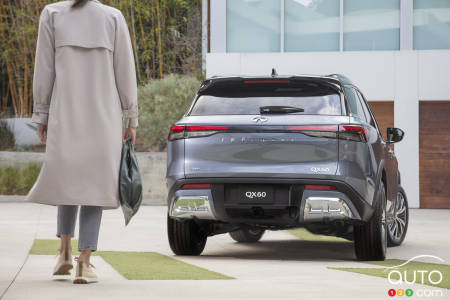 The rest
Of course, we'll be able to take a much better measure of the QX60 when we have a chance to drive it. Hopefully the pandemic situation will continue to improve soon to the point where we can do just that soon.

At that moment, we'll be able to go over the elements mentioned, but also take a longer tour of the vehicle, including its 17-speaker Bose audio system, WiFi access and the new top-of-the-line Monograph variant that is set to redefine the standards of luxury.

And, of course, our driving impressions. We can already anticipate that they will be better, simply because of the presence of the new automatic transmission.

The 2022 Infiniti QX60 is expected late this year in North America. Pricing and other details regarding the equipment will be forthcoming at that time. Information on when the model will be available for reservation is also on the way. 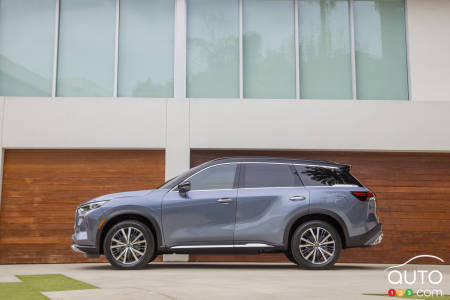 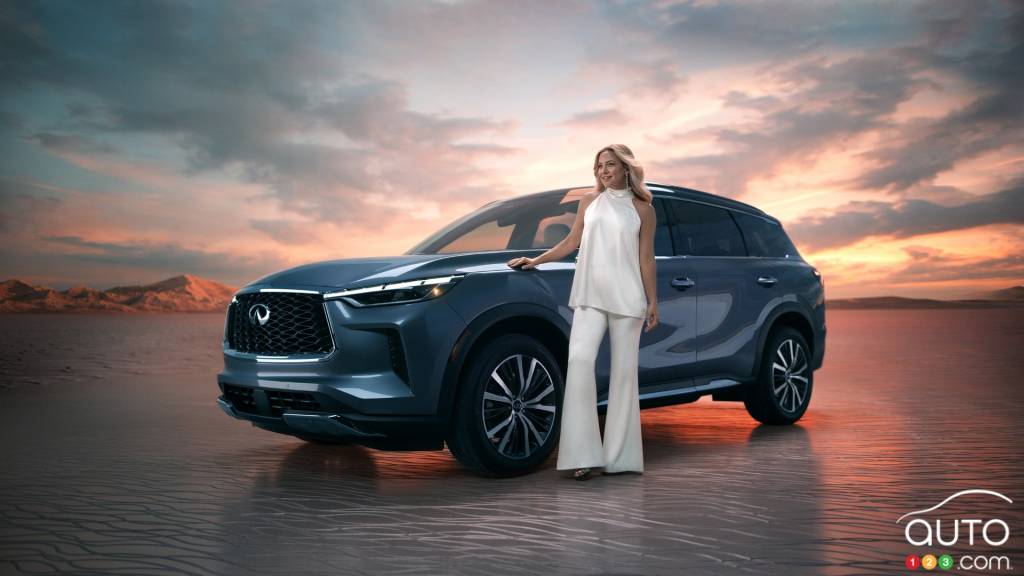 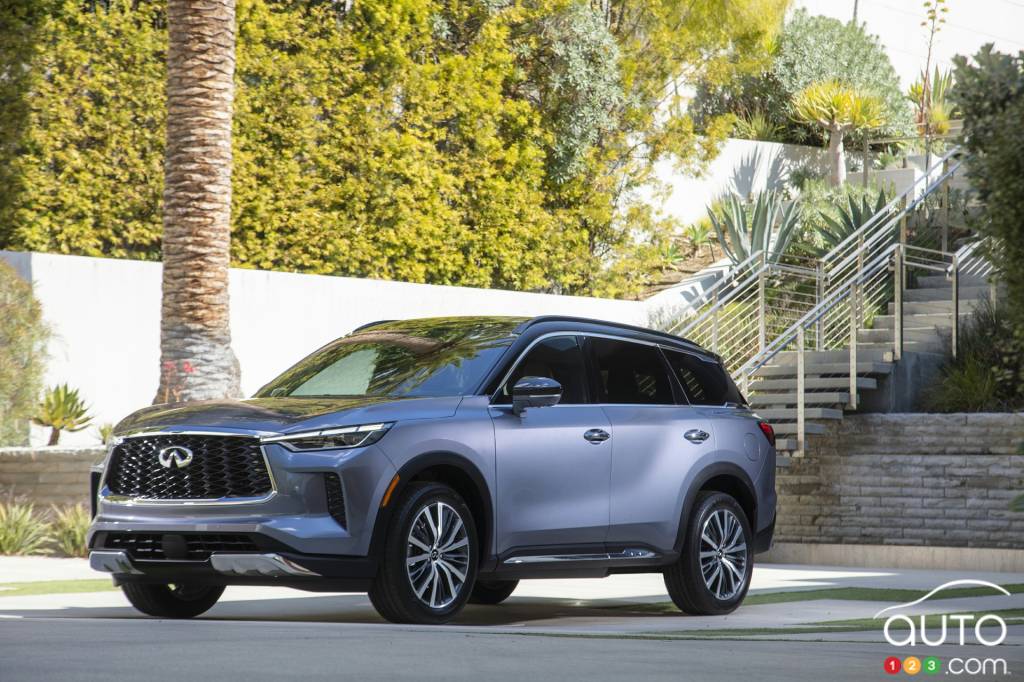 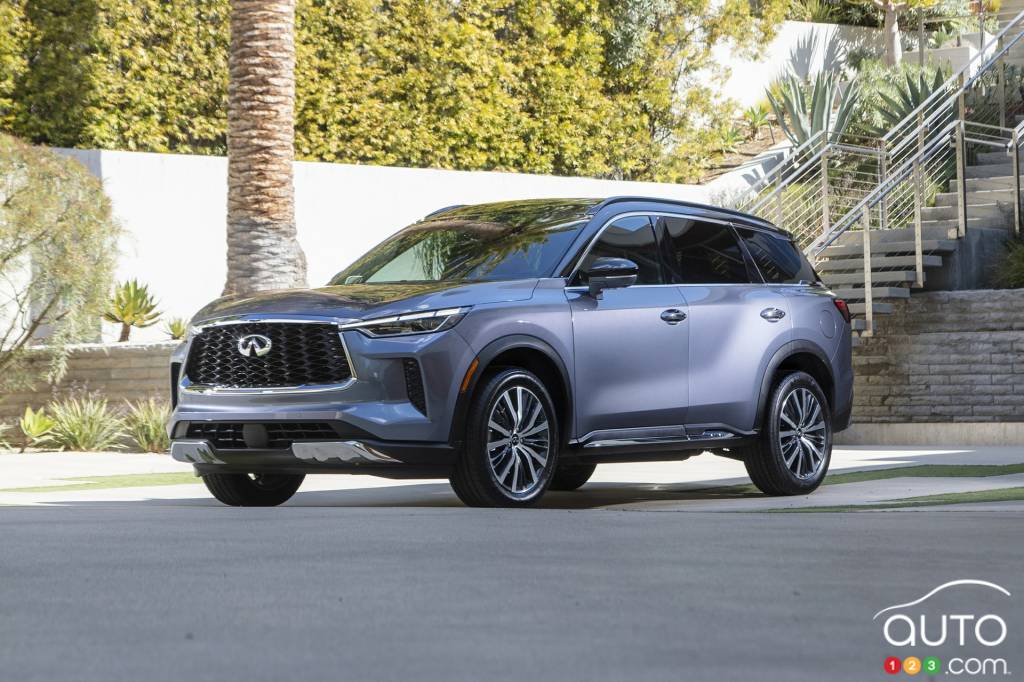 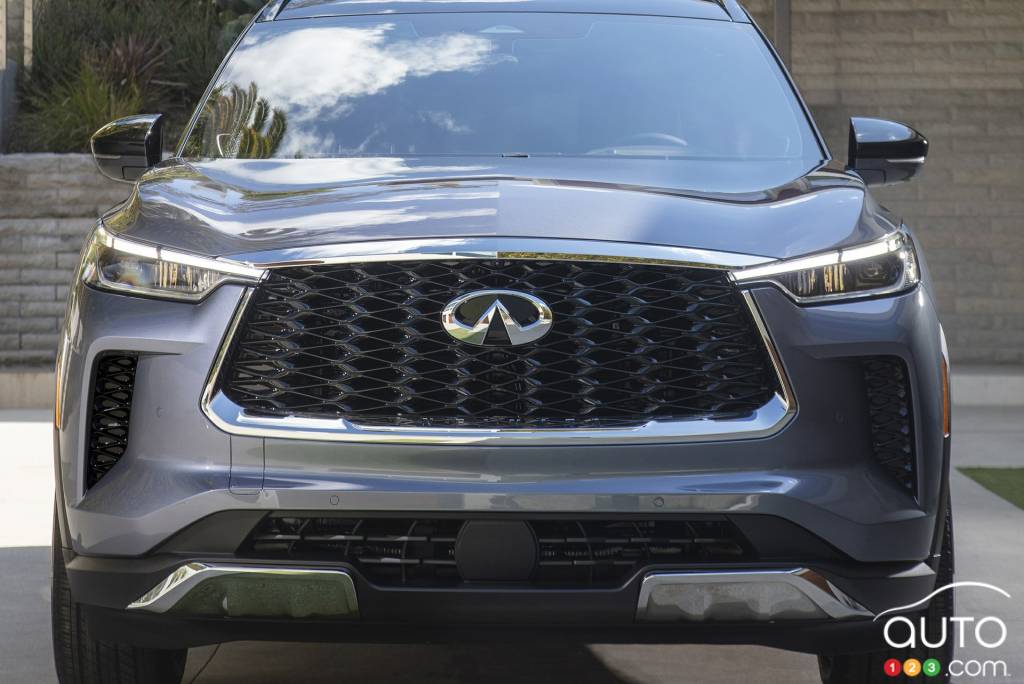