The largest
The biggest of the three affects 1.34 million 2014-2020 Cherokee SUVs. The National Highway Traffic Safety Administration (NHTSA), the equivalent of Transport Canada, says it has received 80 complaints claiming that the electronic parking brake could activate while the vehicle is in motion.

That can be problematic, obviously. According to the NHTSA and going by the nature of the complaints, the problem is caused by water seeping into the computer that controls the electronic brake.

The second-largest
A second investigation involves some 289,000 Dodge Journey, Jeep Compass and Jeep Patriot SUVs assembled since 2016. In this case, 127 complaints were received regarding the engine stalling without warning. The problem here is likely be related to sensors connected to the crankshaft or camshaft. NHTSA explains that FCA issued a recall in 2016 to address a similar issue. It now wants to know if the problem is occurring in models that were not included in the recall or simply not repaired. 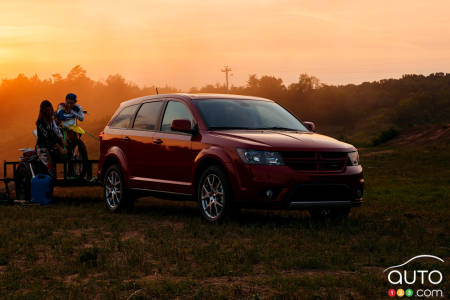 The smallest
Finally, 40 complaints have been received by owners of Chrysler Pacifica plug-in hybrids. In this instance, a transmission problem could cause a loss of power. The investigation covers 21,000 vehicles from the 2019-to-2021 model-years.

It’s important to note that we’re not talking about recalls at this time, but rather investigations. These could lead to recall campaigns, but for now, that’s a few steps away.

In each case, no accidents or injuries have been reported.

Stellantis is working with NHTSA to get to the bottom of these reports.

Stellantis Is Recalling Chrysler 300 and Dodge Charger an...

Stellantis is recalling three models to address a tire pressure problem. The lucky winners are the Chrysler 300 and the Dodge Charger and Challenger models.

Chrysler’s 300 Could Carry On, Via Magic of Electrification

The soon-to-be-defunct Chrysler 300 will be back in service in 2026 in electric form, according to media outlet Drive, which cites knowledgeable sources. Lik...