Another day, another corporate partnership in the automotive industry: The Jaguar-Land Rover Group is teaming up with BMW to develop the components needed for electric drive train systems. The companies hope that by the turn of the next decade, the results of their partnership will begin appearing in vehicles produced on both sides of the English Channel.

The two companies aren’t starting from scratch in the field of electric mobility, of course. Each company already produces electrified vehicles, for example the I-PACE from Jaguar and BMW’s i3. The latter automaker is planning to roll out the iX3 in 2020, model that will incorporate the latest-generation electric powertrain developed by the German brand. It is the components of this new system that will serve as the basis for the EVs produced in the coming years by Jaguar and Land Rover. The British automaker has already made public its commitment to delivering all-electric vehicles in the near-future.

The new partnership means experts at both companies will now work in tandem to speed up development and testing of the engine that will serve the iX3, with other models from both groups to benefit thereafter. 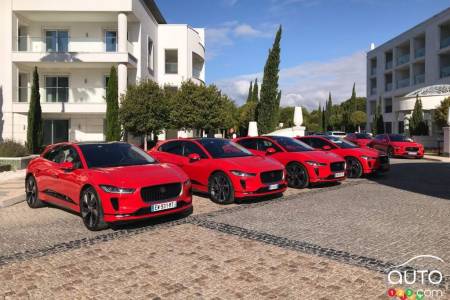 It’s important to note that the partnership does not extend beyond that, however. The companies have no plans to share platforms, for example, and each will work separately on their own battery systems.

This isn’t the first, and it surely won’t be the last, partnership of its kind in the industry. It may even become the norm rather than the exception, given the prohibitive cost of developing new technologies. Automakers will need to be creative in finding ways to reduce their expenses.

The Jaguar-Land Rover Group has announced major new investments that will lead to production of electric vehicles. The company will modernize an existing ass...