Kia was active at the Los Angeles Auto Show, including unveiling the EV9 concept that previews a large electric SUV it plans to bring to market around 2024.

Even as visitors continue to frequent the LA show, the company is already is getting ready to unveil another new model. Although, this time it won’t be an all-new product, but rather the second-generation version of its Niro SUV. In anticipation of this event, Kia has shared images that preview some bits of the design the small SUV is getting going forward.

The new Niro will be unveiled at the Seoul Mobility Show this coming Thursday, November 25. A launch for our market will definitely be scheduled a little later.

The current version of the Niro has been with us since 2017 already, so the time has come for a revival. Interesting note, the company mentioned that the new iteration would benefit from the influence of the HabaNiro concept that premiered at the 2019 New York Auto Show. We were there and we can only say this: if Kia respects the spirit of that concept, you might see a lot of the next-gen Niro on the road in coming years.

For now, it's still hard to discern much - most of the Niro's bodywork is well-hidden. The U-shaped LED headlights are recognizable, however, and the thin bar that runs across the width of the front looks very similar to what was on the Habaniro design study. At the rear, the vertically arranged lights are pretty identical as well, as is the thick C-pillar painted red. We can anticipate a two-tone approach here, but we'll have to see. 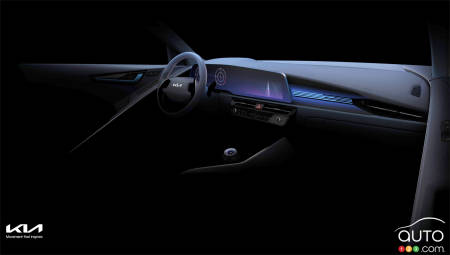 As for the interior, we can expect something farther removed from the concept, which offered a very futuristic environment, as design studies are wont to do. This time, simplicity and functionality are the watchwords.

As for the mechanics, there’s nothing to report yet. It’s not inconceivable the three engine options of the current model will carry on. The current Niro is offered in a regular hybrid configuration that combines a 1.6L 4-cylinder engine with an electric motor; a plug-in hybrid version with a larger battery pack delivering some 40 km of electric driving, still with the same engine; and a fully electric variant, which uses a single 201-hp motor and has a range of 385 km thanks to its 64-kWh battery.

The HabaNiro concept was a full-fledged electric vehicle, if you recall. But there’s reason to believe the next Niro’s offering will include a combustion engine. Why? The upcoming Niro is not advertised as a future model in the automaker's EV series.

We'll be back on Thursday with more information. 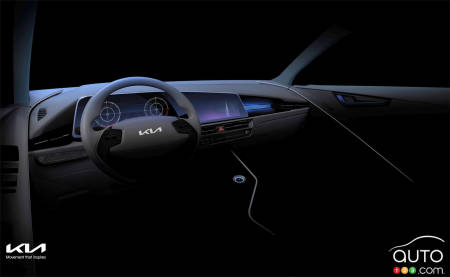 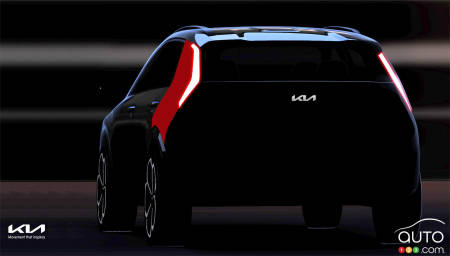 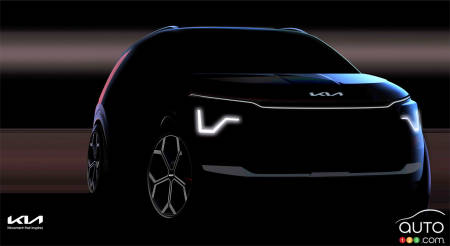 Kia yesterday unveiled the second generation of its Niro SUV in Seoul. The model, which will arrive sometime next year as a 2023 vintage, will still be avail...

Auto123 puts the Kia Niro EV to the long-term test. Today, part 6, as our questions are answered! We learn, among other things, that the on-board computer de...

Auto123 puts the Kia Niro EV to the long-term test. Today, part 5, in which we pile up the questions as we rack up the kilometres. You guessed it, those ques...