A few years ago, Land Rover announced an unprecedented initiative to produce a number of new models. A look at the company’s portfolio today confirms the automaker has bene true to its word. The Land Rover lineup is bigger than it has ever been.

Nor is there any sign of a letup. The next batch of vehicles promised by the British manufacturer will slide in at the entry level of its roster, and one of the first models planned is a revived Freelander, long a popular name among driving fans.

At the moment, the vehicles in Land Rover’s lineup fall into three distinct families: Discovery, Defender and Range Rover. According to Autocar magazine, the revived Freelander would be positioned under the Discovery Sport. It would be smaller than the old Freelander, which debuted in 1997, and it would be available solely in a four-door version. 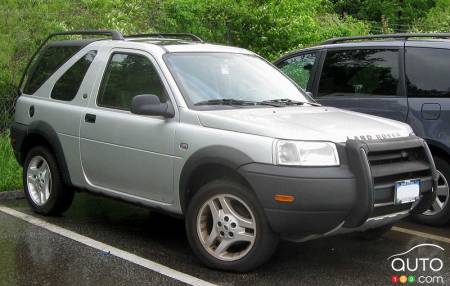 The company intends to develop a new platform to accommodate the Freelander; in essence it would be a shorter version of the platform underpinning the Discovery Sport, Range Rover Evoque and Jaguar E-Pace. It could get either a gasoline or diesel engine, as well as some sort of electric propulsion.

According to Autocar, the next Freelander could join the Land Rover lineup by 2021. Could is the operative word here, since the project has yet to be officially green-lighted. We do know that the new version would likely come in a format very similar to that of the Jeep Renegade or the MINI Countryman. In Europe, Audi’s Q2 would be a principal target of the new Freelander.

The move, if it goes through, can hardly be considered a surprising one. It’s hard to imagine Land Rover by-passing what is currently one of the hottest segments in the industry.

In fact it’s not inconceivable that each of the company’s three “divisions” could eventually welcome a similarly dimensioned little sibling.

Having debuted in 2017, the Kia Niro has quickly established itself as a money-saving hybrid alternative in the small crossover segment. We take a look at th...

After sending out a number of short teaser videos, Mercedes-Benz has finally put on the official in–the-flesh launch of the very first model under its EQ ban...

Further details on two upcoming SUVs being developed by Alfa Romeo are coming into focus. The first will be a small crossover, while the second will represen...