Based on the new next-generation LS sedan, the Lexus LS+ concept unveiled yesterday at Tokyo Motor Show 2017 incorporates innovative new self-driving technologies. The company intends to begin integrating the new systems in its production cars in the first half of the next decade.

Sophisticated systems analyze road and traffic conditions to guide the LS+ when it merges on a highway, keep it in the centre of its lane at a safe distance from the vehicle in front and even effect a lane change when the situation allows.

The Lexus LS+ can also communicate automatically with a data centre to update its software or add new functions, as well as “learn” the habits and preferences of different drivers, in a form of artificial intelligence – a decidedly à-la-mode term in use in the industry today.

As for its design, the LS+ concept signals the coming of a new generation of Lexus vehicles based on the future evolution of the brand’s L-Finesse styling language. If you find Lexus’ current grilles to be imposing and extravagant, the one that adorns the LS+ takes the motif several steps further. The use of lasers in the headlights and taillights and the electronic side-view mirrors confirm the futuristic orientation of the LS+ concept. 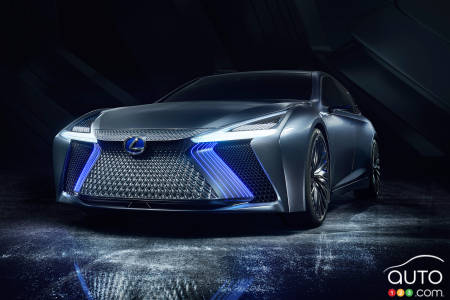 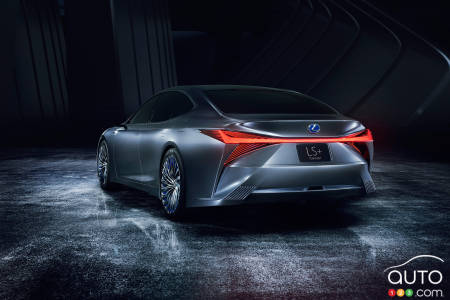